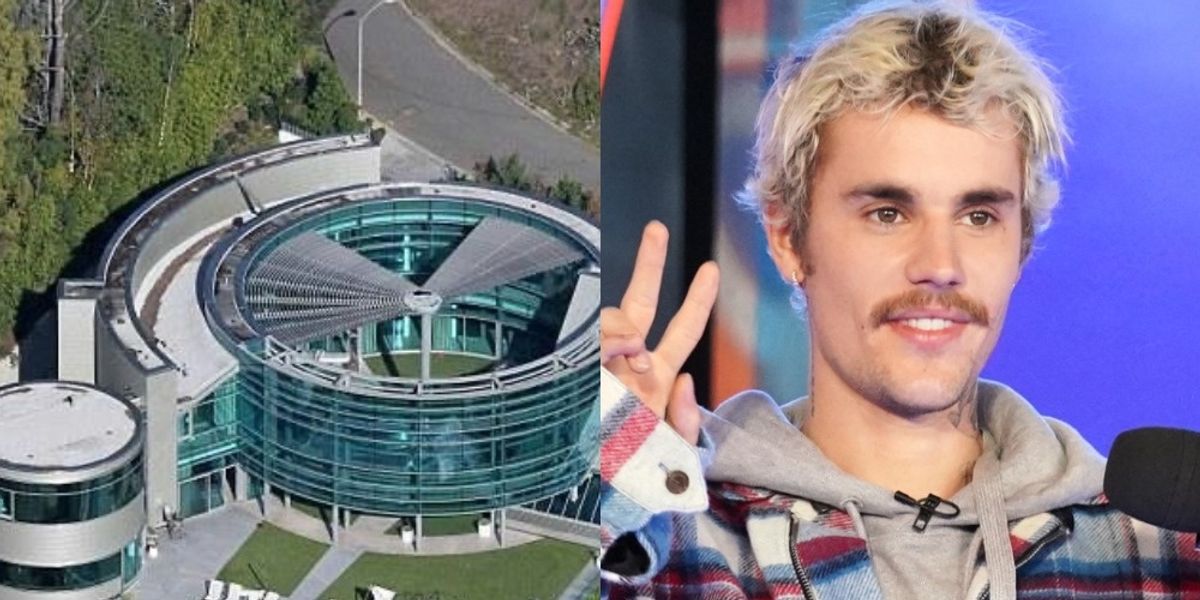 Celebrities are really hitting different during coronavirus. As they lounge around their luxurious quarantine facilities, violating social distancing and popping COVID-19 tests like fancy vitamins, their lifestyles seem more absurd than ever, their singalong PSAs more condescending, their antics less entertaining.

This is to say, please enjoy this photo of a hideous mansion that Justin Bieber once willingly lived in. The photo went viral over the weekend for its garish style, that might be described as corporate baroque, or shopping mall minimalism.

The house is a rich person's ultimate self-own. Simultaneously over and understated. Ambitious, yet the architect (renowned designer Ed Niles… sorry to this man) appears to have copied off a fourth grader's cartoon. Technically impressive, yet it would look at home next to a Wells Fargo. Actually, the good people of Twitter have some theories about where the building belongs.

Popular ideas include on the campus of a community college.

Inside a TV studio complex... but not in a cool way.

Next to various kitchen appliances (to be fair, the house is prominently nicknamed "the salad spinner house").

Inside Sims, Skyrim, Spy Kids or the Avengers franchise.

Why did Justin Bieber live in the research center of a SimCity expansion pack? https://t.co/kZzBwd1D0j
— Osita Nwanevu (@Osita Nwanevu)1586125633.0

You have to admire the creativity of some of these extremely niche contributions.

To be clear, this is not the pop star's actual house or current residence. The Biebers are happily quarantining in their $8.5 million Beverly Hills mansion (which they opted for, over their $5 million, 100 acre Ontario complex). Based on this video of Justin playing "the floor is lava" in the cozy, open-plan space, his tastes have evolved since he rented the glass house for $60,000 a month back in 2015. (This was back during his DUI/monkey/egging his millionaire neighbors phase, so he was moving around a lot.) According to the Daily Mail, he once lent the home to Meek Mill for an after-Grammy bash where "the police had to be called after ice sculptures and punches were thrown when rival gang members clashed during the event."

Well, Bieber might have big fancy house, but at least in these dark times, we can picture him walking around the hideous glass and concrete castle like a lonely prince singing "Baby" to himself.

Photo of Bieber via Getty