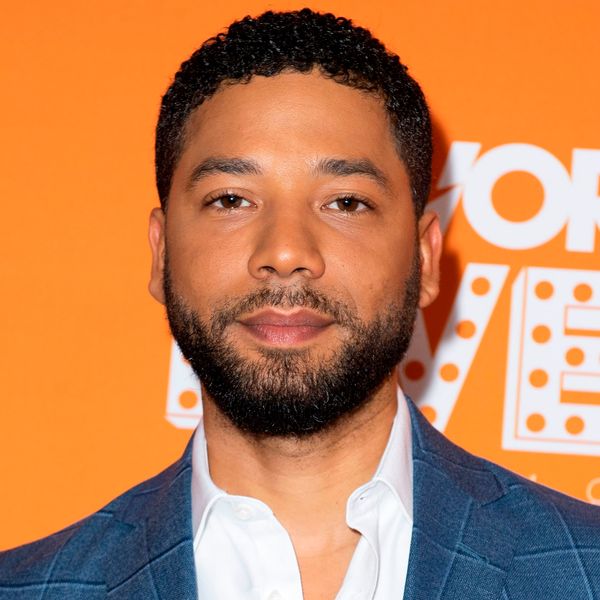 Jussie Smollett Allegedly Paid His Attackers Up to $3.5k

In a mystifying twist in an increasingly troubling case, Empire star and musician Jussie Smollett turned himself into Chicago authorities today and was subsequently arrested. This is the latest concerning Smollett, whose allegations of a MAGA-inspired hate crime committed against him were reported to Chicago police last month.

According to Smollett's account — first given to Chicago police, and then, days later to Robin Roberts on Good Morning America — he was viciously attacked when exiting a Subway restaurant by two masked male assailants who recognized him from TV. Smollett originally alleged that they invoked MAGA epithets and shouted racial and homophobic slurs at him before beating him, pouring bleach on him, and tying a noose around his neck. At the initial report of the crime, it was thought that the alleged assailants were white men. A large public outpouring of support from many of Smollett's famous peers followed the news, including a response from President Trump.

Police launched an official hate-crime investigation into Smollett's claims, which reportedly included subpoenas of his phone and banking records. The two Nigerian-American brothers who were allegedly involved in Smollett's attack, identified as Ola and Abel Osundairo, met with prosecutors and were also reportedly found in a car near where the incident is said to have taken place. One of the brothers involved in the alleged attack worked as an extra on Empire, according to a CNN report; the other is said to have been a personal trainer of Smollett's. Law enforcement is now investigating claims that Smollett paid the brothers up to $3,500. Chicago Police Superintendent Eddie T. Johnson said that police have the check Smollett used to pay the men, per another report from CNN.

That report claims that Chicago police had, upon learning more about the Osundairo brothers, begun searching for clues confirming whether or not Smollett was involved in orchestrating the attack. They found that the brothers were wearing gloves on the night in question, leaving investigators to conclude that, though he was "punched a bit" Smollett's wounds were most likely "self-inflicted." This all follows multiple rumors of hoaxes suggesting that Smollett had always been the mastermind of his alleged attack, all of which Smollett has repeatedly denied. The alleged attack coincides with Smollett's claims that before the incident, he received an envelope with a return address from "MAGA," with a threatening inside made up of letters cut from magazines, and including drawing of a "stick figure hanging from a tree which had a gun pointing towards it," as he told ABC News.

On Twitter this week, Chicago Police Department chief communication officer Anthony Guglielmi stated that the actor has been named a suspect in a criminal investigation. ABC13 reported that Smollett's attorneys are currently in talks with prosecutors. Investigators believe one motive allegedly leading Smollett to stage his own attack was "because he was dissatisfied with his salary," Johnson said.

20th Century Fox, the producers of Empire, have thus far stood by Smollett in a statement since rumors emerged that he was being written off the show. Several reports note that Smollett was charged by local prosecutors for filing a false report in relation to his alleged assault late last month. The actor is expected in bond court on Thursday, February 21. The Advocate reports that Smollett the actor faces one to three years in prison if found guilty, as the charge is a Class 4 felony.

In a Chicago Police Department press conference held today, Johnson expressed concern about the vitriolic details of Smollett's claims, saying "actor Jussie Smollett took advantage of the pain and anger of racism to promote his career... I'm left hanging my head and asking why. Why would anyone, especially an African-American man, use the symbol of a noose to make false accusations? How could someone look at the hatred and suffering associated with that symbol and see an opportunity to manipulate that symbol to further his own public profile?"