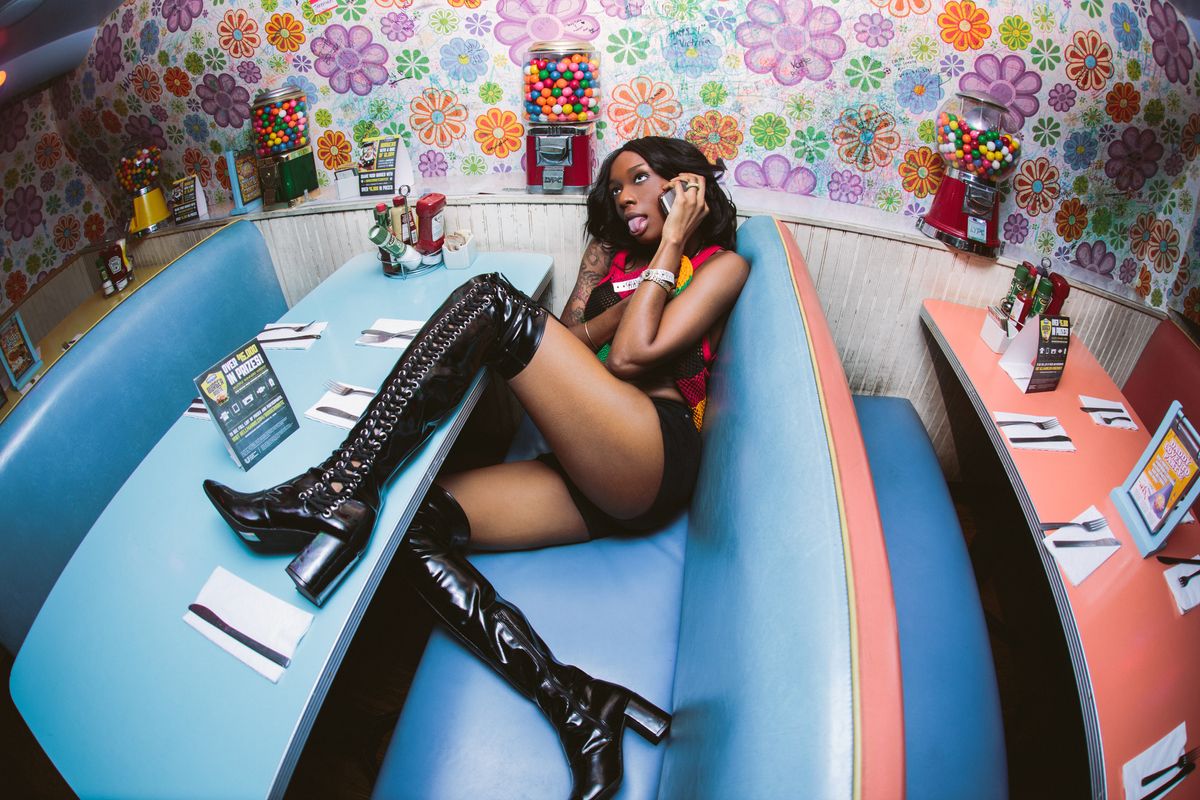 Junglepussy Is Our Fearless Leader

Junglepussy, one of New York's most vital rappers, is back with another new banger. The last we saw from her, she was playing the role of on-set glamazon for the Va$htie-helmed clip "All of You."

Today, JP unleashes her "State of the Union" video, and she comes out guns blazing. The song is a fiery freestyle set to a rattling beat accented with chopped-up violin strokes, as JP raps fluidly about her origins, her music industry come-up story, and her intellectual and sexual power. She does this, as always, with her signature ferocity and sense of humor.

The video centers around JP, donning a camouflage SWAT jacket and giving marching orders to beret-clad men, serving as a visual reference for her refusal to play second fiddle to men in power. She is shown in other shots watching herself on TV with her family, and otherwise stopping traffic in a banana yellow convertible.

"I shot this with my family where I grew up on my grandparents' block in East New York," Junglepussy tells PAPER. "It had to be my most exciting shoot yet. I'm so grateful they're in a Junglepussy video that will last forever."

As a whole, Junglepussy's "State of the Union" is an important reminder to women and femme people of color to rise up, claim their worth, and demand what they want. No matter what society dictates to marginalized people through capitalism and messages of "flavor-of-the-week" trendiness, which JP addresses here, the greatest value comes from owning yourself. That does, as JP says, last forever.

Watch the PAPER premiere, below.