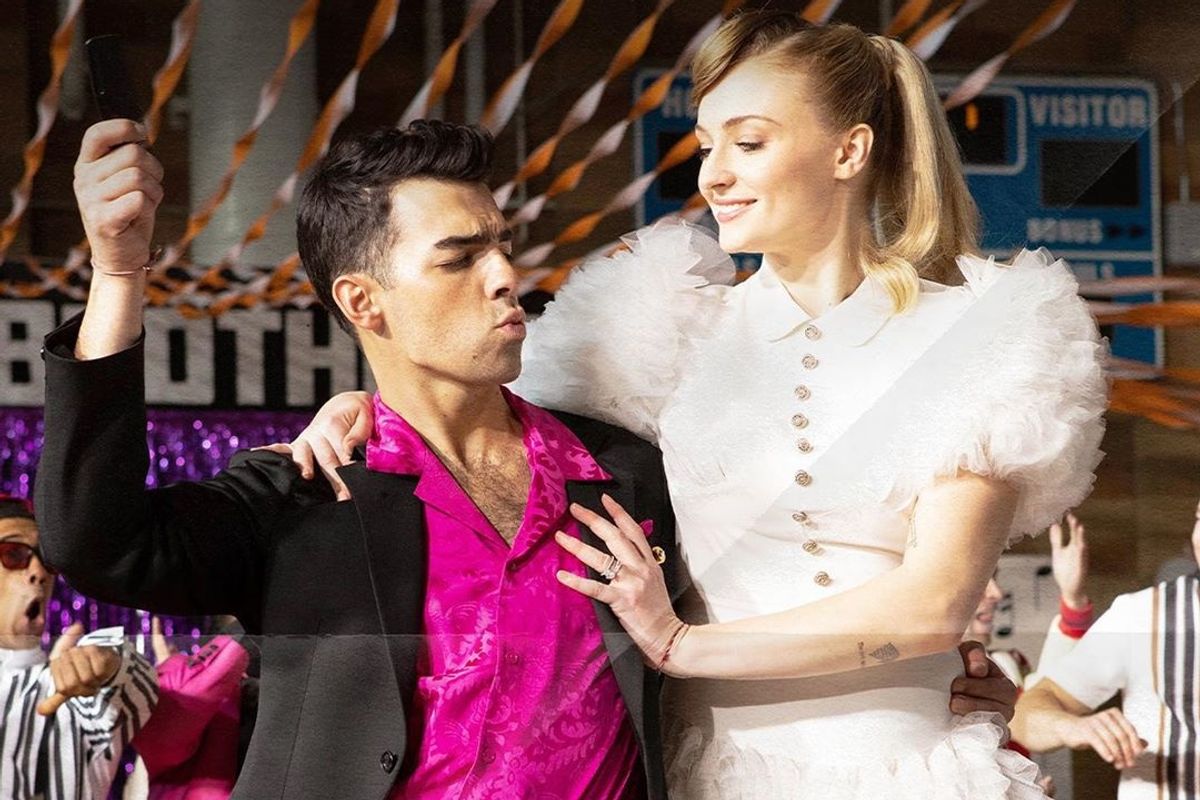 The Jonas Brothers always sing from the POV of a puppy-eyed rom-com hero, and now they've gone ahead and made their own movie. Their first (non-Christmas or reality TV-penned) single since Happiness Begins dropped is a zippy, retro-sounding love song, "What A Man Gotta Do." It comes with a Grease-Risky Business-Say Anything mash-up music video a la "Thank U, Next," starring the boys' wives.

Sophie Turner steals the show as both a pouting Sandy Olsson and rival seductress who whisks away Joe's Danny Zucco at the school dance. (She should try out those wigs on the red carpet.)

The other star? Nick's thighs, which can only be described as sturdy. The pasty tree trunks feature prominently, peeking out from under a white button up in his Risky Business bit. Priyanka Chopra, the Rebecca de Mornay to Nick's Tom Cruise, is positively Pantene-ad worthy, twirling around denying Nick's advances until they fall down in a pile. Some have questioned the pair's chemistry, but they're fully in sync for the video.

Last but not least, Kevin plays a feckless John Cusack whose boombox malfunctions as he attempts to woo his wife, Danielle Jonas. It's almost a little too on the nose! (Kevin also drops trou later in the video).

If you need a hit of rom-com goofiness before the To All The Boys I've Loved Before sequel drops next month, it's a solid dose.

J O E J O N A S on Instagram: “I mean, you know how it is... rockin’ and rollin’ and whatnot 🤷🏻‍♂️ #WhatAManGottaDoVideo”

Kevin Jonas on Instagram: “My new favorite movie to be honest. #WhatAManGottaDoVideo”