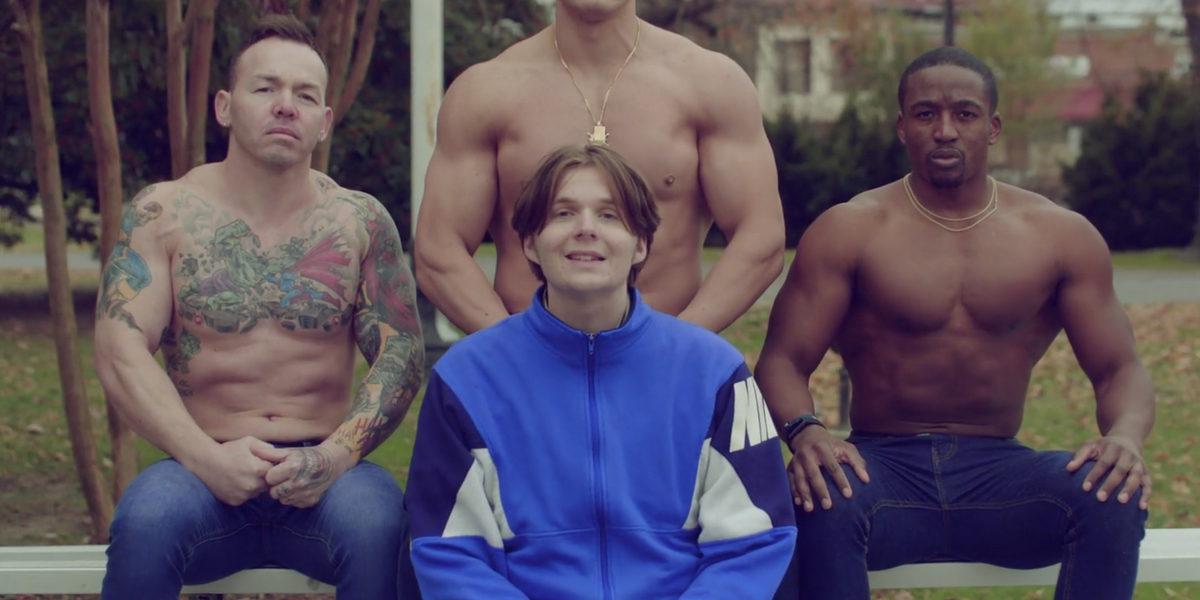 It wouldn't be a Johnny Utah song without some spoken word — he's been sampling speech since "Gentle Boy" on his first EP. His latest track "4Tounce" begins with the ring of a telephone and a quick "hello."

But "4Tounce," its title cheekily referencing 40s of malt liquor, is more downtempo than what audiences have come to expect from the singer after his viral TikTok hit "Honeypie" and the more brazen "Crazy for Your Love." The track still has everything that clever lyricism and tonal swagger, but it's also incredibly earnest: "I don't want your late night lovin' stayin' at your place/ I just wanna be the one that you want in the day."

"I had a vision: beefy boys, oiled up, on a Tuesday, guys being dudes, working out, getting shit done," says Utah, who just wrapped a US tour, of the testosterone-fueled romp through Small Town, USA. "I forgot we were making a music video. What are we talking about again?"

Director Jack O'Brien certainly brought this vision to life, since no second is spared concentrating on the pecs and biceps — and Utah's attempts at pumping his up — of the various beefcakes on screen.

Watch the PAPER premiere of "4Tounce" below.