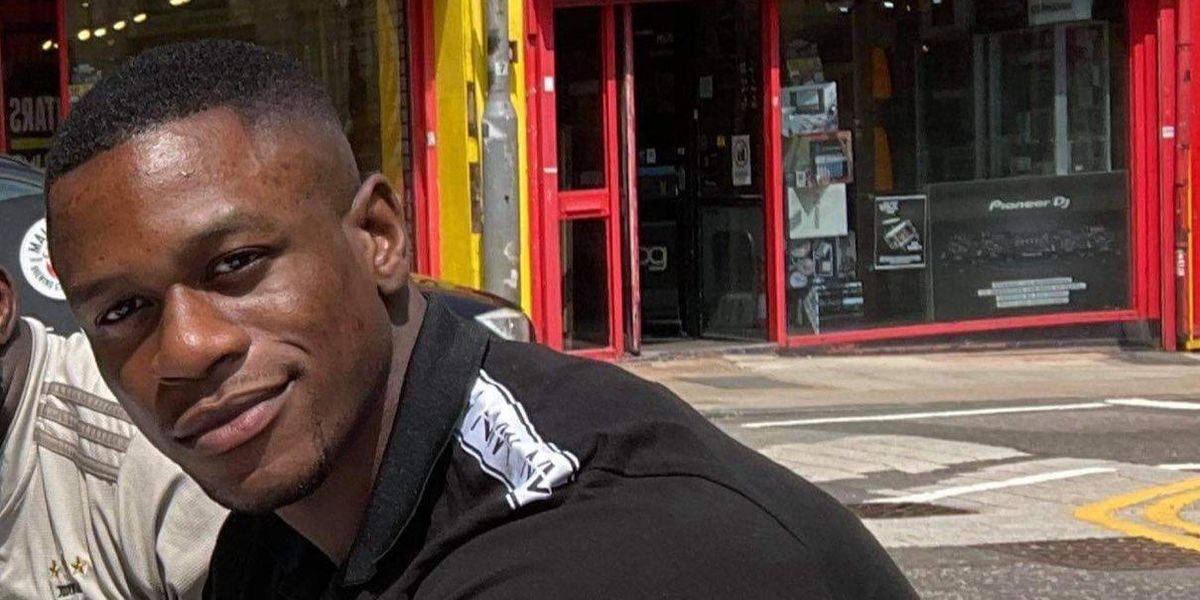 For Brendan Cobbina, it started off just like any other Monday. A trip to the gym, some downtime at home, business as usual. But what wasn't so normal was what he woke up to the next day, which was thousands of Twitter notifications and, eventually, his face on John Cena's account.

"The day I went viral was hilarious," the 24-year-old recalled. "It literally blew up like crazy. Hundreds of likes, retweets and quote tweets turned into thousands, then tens of thousands and more."

He added, still in disbelief, "Seeing my face all over Twitter was wild."

On August 8, the UK-based bodybuilder and personal trainer tweeted out a recent picture of himself celebrating his friend's birthday, enjoying a pint on a sunny Brighton afternoon. Only anticipating a couple of likes, he went to bed and, much to his surprise, woke up to thousands of likes on this perfectly "normal photo."

And the reason? His uncanny resemblance to Cena himself.

Throwback to a photo. Yes I cropped all of my close friends and kept myself! https://t.co/EBegGe0IiE
— Brendan Cobbina (@Brendan Cobbina)1628443832.0

After all, Cobbina's spent the better part of his life being told that he looked just like the WWE icon and all-around good guy™. But what was less expected was this particular photo grabbing the attention of several big meme pages and another WWE star named R-Truth which ostensibly spurred Cena to share the 24-year-old's pic with his 16 million Instagram followers — and it's something he's still trying to grapple with a couple weeks later.

"I woke up to being called by my friend screaming that John Cena posted me," Cobbina said, before adding that he initially thought they "mistook it for a fan page." — especially since he's "always been a big fan of Cena" for his work "inside and outside of the ring."

"But it was actually him. Crazy. I was out there. And BAM. All the interviews, podcasts came. Crazy. I literally became an overnight celebrity," he said. "I was so overwhelmed by it. Had actual fans, people wanted to get to know me. It was an amazing feeling."

However, the photo itself is much more than just a viral moment for Cobbina, who started struggling with depression, anxiety and low self-esteem during his teenage years at an elite tennis academy, which left him "believing [he] was never good enough."

"A massive part of that was due to my upbringing and the constant pressure of having to be perfect and not being allowed to fail," he said, explaining that he soon realized he wouldn't be able to go pro as a tennis player.

"[But once I got into] university, I decided that it was best to improve my confidence and self-esteem which involved me going to the gym," Cobbina continued. "It did take me until the very end of 2016, beginning of 2017 to actually start bodybuilding properly. From then onwards, I haven't looked back."

All of this is to say that he initially viewed the post as a bit of a confidence booster, since Cobbina remembered "really liking how I looked in the photo" — something that was extremely important to him after struggling to attain this true self-love and assurance for "so many years."

According to him though, his mental health issues are what really helped him start bodybuilding and training others, as he "never wants those I know to ever go through" similar experiences.

"So helping others in life through training or general life advice allows me to feel as if I'm giving back to the world," Cobbina said.

So while he's still holding out hope for a call from Cena's team, in the meanwhile, he's just as satisfied using his newfound platform to not only make his own dreams come true, but the dreams of others as well — just like his hero.

"I want to prove to the world I am so much more than just 'Black John Cena.' I am someone who keeps fit. I know I can act and can learn to be even better," he said. "I am someone who also loves to help others through training them or giving advice online."

Cobbina concluded, "I am so thankful. So thankful to the point where it brings me to tears at how much support I am receiving."