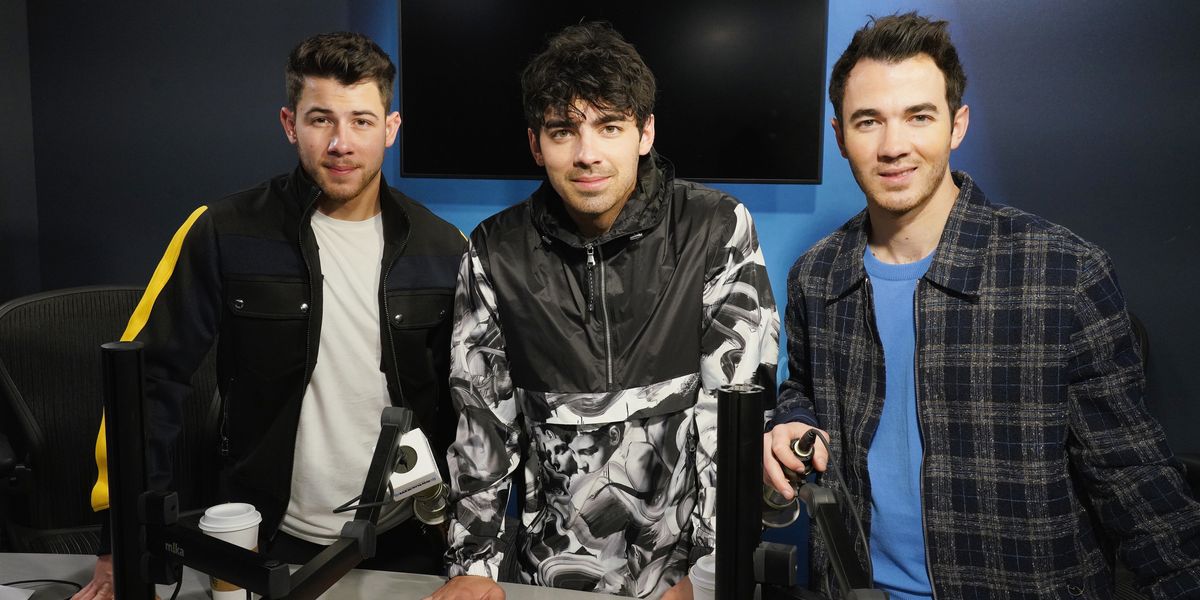 Joe Jonas' Bachelor Party Was So Wild the Cops Were Called

As you likely saw on Instagram, Joe Jonas and a crew of his closest friends threw a bachelor party for the singer in Ibiza, Spain a few weeks ago. However, what you probably didn't see were the wild shenanigans that got the cops called to the party on the first night — three times.

While playing a game of "Know Your Bro" on The Tonight Show with Jimmy Fallon, the Jonas Brothers answered questions about each other while the brother-in-question donned a pair of noise-canceling headphones.

When it was Joe's turn, Jimmy decided to ask Nick and Kevin what the wildest thing that happened at Joe's bachelor party was — a question that Nick began by answering, "Where do we start?"

"Okay. We're gonna air it out, right?" he continued. "Okay. We had the cops, on the first night, called on us three times." Three times. In Ibiza — aka one of Europe's preeminent party capitals — so you know things were getting rowdy.

Nick then continued to spill the tea by recounting a moment in which Joe "ripped off his shirt in a nightclub" and "proceeded to rip off two of his friends' shirts in the nightclub."

"He took the cardboard box for 1942, the tequila, and somehow cut it into a bandanna so it just said '1942' across his forehead," Nick said. "He wore that on a boat all day long."

Joe's response once Jimmy asked how the year 1942 was for him? "Strong."

As for Sophie Turner's bachelorette? Well, her multi-city European jaunt sounded a lot more low-key — and we bet she and Maisie Williams also managed to stay out of trouble.

Watch the JoBros talk about the perils of tequila for yourself, below.