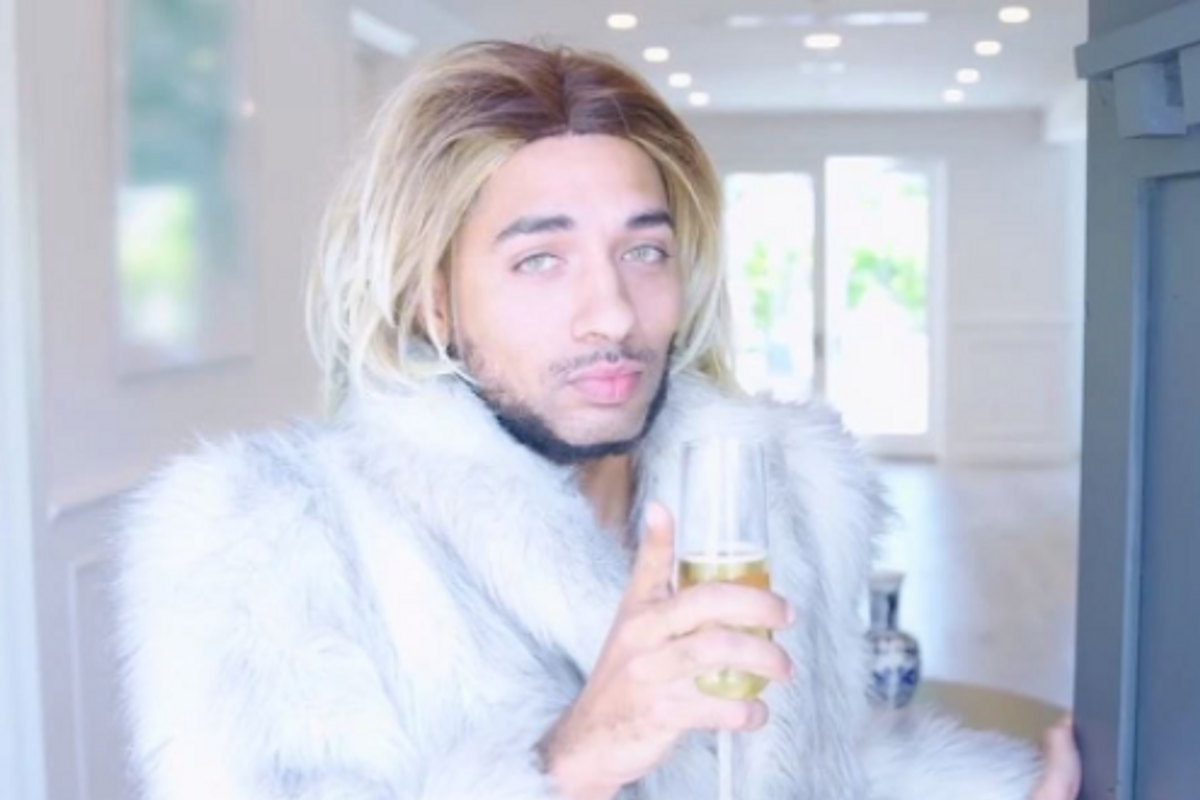 Miller confirmed the news over email, and a rep from Super Deluxe, which is owned by the Turner Broadcasting Company but operates independently, said, "We are currently working on the creative and will be taking it out to buyers and distribution partners soon."

Social media star Branden Miller stopped by the studio to chat with PAPER cover star Janet Mock for her excellent "Never Before" podcast, and revealed that his character Joanne the Scammer is getting her very own Netflix show.

On the podcast, Miller told Mock that "someone from Netflix" was currently writing the show, which sounds like it will be an elongated version of the micro stories that sometimes appear on Joanne's Instagram page. Miller will star as Joanne.

Miller added, "If you know Joanne on Instagram, there are little snippets of her life" in which Joanne appears "right in the middle of a scam. So I'm capturing that. Instagram gives you one minute of that, the show will give you the whole storyline."

When Mock asked if the show will be a sitcom, Miller answered, "We're trying to do that. I can't even speak that far ahead because I don't even know. All I know is we start off with her being married to this rich white older guy, or maybe he's not even older. And he drops her, so she's trying to get to that place again of being Caucasian - whatever she thinks that is."


In the 30 minute conversation, Miller addressed his early life, including learning that he wasn't white by finding out about his birth parents and how that affected his identity, as well as what it was like to introduce Joanne to the mainstream via stars like Blac Chyna, Solange and Katy Perry. He also spoke about the backlash he has received for his character, including comments from the trans community that he's transphobic.

You can listen to the entire conversation here.