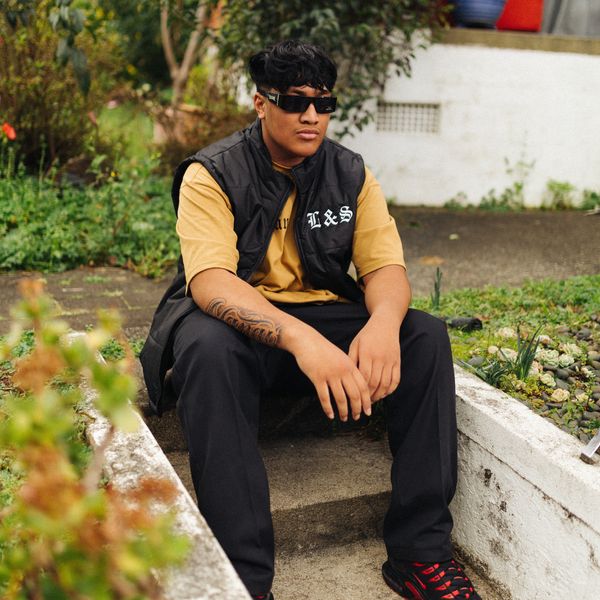 Jawsh 685 used to be, simply put, an Instagram handle. Now, it is the name with which the 17-year-old New Zealand producer Joshua Nanai tops music charts.

"The Jawsh in my name was kind of just for fun on Instagram," Jawsh told PAPER. "When I first made my Instagram, it was just 'Jawsh,' like that, for fun. I was just trying to be creative about the way I was spelling my name. The 685... at the time, when I made my Instagram account, I just added it onto the end of it. You know when someone makes a username and they just randomly add numbers on it? I kind of just wanted to add on 685 to mine. It was my Instagram name and I use it as my beatmaker name."

The hyper-online artist began making beats out of his home in February 2019 and just over a year later, Jawsh 685 has two major hits, one of which includes the evolution of his first viral beat in his signature "Polynesian vibe."

Jawsh's debut single, "Laxed - Siren Beat," dropped in July during the midst of the COVID-19 pandemic and promptly reached viral status on TikTok as millions — 54.3 million, to be exact — of creators used the original sound to perform the "Culture Dance," many of whom showcased cultural artifacts, like clothes, customs and accessories. The song itself was inspired by the art of musicians creating siren jams — a type of music intended to be blasted from cars and bicycles via connected sirens, particularly popular where Jawsh is from. What's more: his beats are entirely self-taught, making success feel even sweeter.

"It feels amazing," Jawsh said. "I don't know how to explain it. It's exciting to have something big and everyone loves it, everyone enjoys it. You hear it everywhere, even just going to the mall, you hear it playing in the store. Outside, someone's driving past in their car on the radio listening to it. It's pretty cool."

With the help of For You pages, love for Jawsh's beats went international: after Jason Derulo (who's no stranger to TikTok virality) sampled "Laxed - Siren Beat" on his song "Savage Love," the collaboration reached top of the charts in 12 different countries, racking up over a billion streams since its release.

And just when he thought it couldn't get any bigger, in October BTS remixed "Savage Love (Laxed - Siren Beat)" placing the mega hit at number one on the Billboard Hot 100. Jawsh called the collaboration "pretty beast," and he certainly isn't wrong; this marked the artist's first number one, and the second for both Jason Derulo (after 2009's "Whatcha Say") and BTS (following "Dynamite").

"Everyone's got their own taste and they're putting their own input on it, so it's still a solid mix in here. I'm really, really enjoying it."

And Jawsh hasn't shied away from collaborations in his second major release, either. For "Sweet & Sour," the producer teamed up with Lauv and Tyga, blending Tyga's rapping and Lauv's "poppy, energetic vibe" to create a well-rounded track. But the final product isn't everything for Jawsh when it comes to his projects. For him, it's all about the energy.

"[It's] probably the hype building up to when we're going to post it [that's the most exciting]," Jawsh said. "Sending hints out on Instagram and hyping people up like, 'Watch for this coming soon,' or a little snippet or something. It's the hype for when the beat drops."

With collabs featuring four major artists under Jawsh's belt, his future as a beatmaker is only just getting started. Right now, he is working on singles, but an EP with a mix of solo beats and collaborations is on the horizon. "I had a lot of people trying to stop me from what I was doing, so I just say keep going for what you want and don't stop."