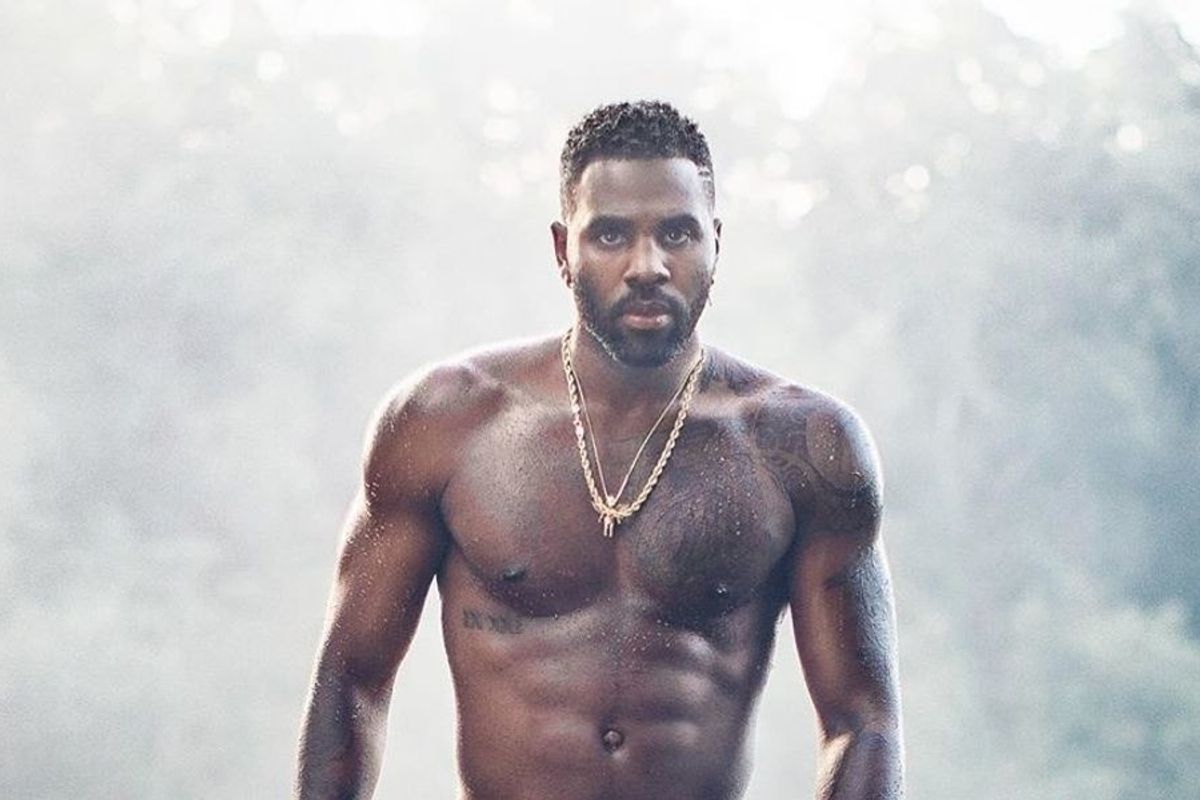 Those squares in Silicon Valley never let us have any fun. First they came for our precious likes, now they're censoring Jason Derulo's huge and categorically non-photoshopped half-mast penis. Yes: Derulo's infamous underwear bulge pic has been removed from his grid in breach of community guidelines.

"Fuk u mean? I have underwear on... I can't help my size," Derulo wrote on Instagram yesterday, posting a screenshot of Instagram's explanation about removing the thirsty pic. He can't help it! God, this poor man.

The musician makes a good point: a less well-endowed Instagram user would probably be allowed to post a swimsuit photo on the platform, should he for some reason wish to broadcast his comparatively shriveled junk. Instagram is being explicitly sizist here, and that's not cool. Also, they let that Chace Crawford dickprint live, so why not this one? Nothing makes any sense.

Derulo has launched a #bringbackAnaconda campaign, and we are on board, even if this all turns out to be some insane viral marketing exercise for Jason's upcoming role in Cats.