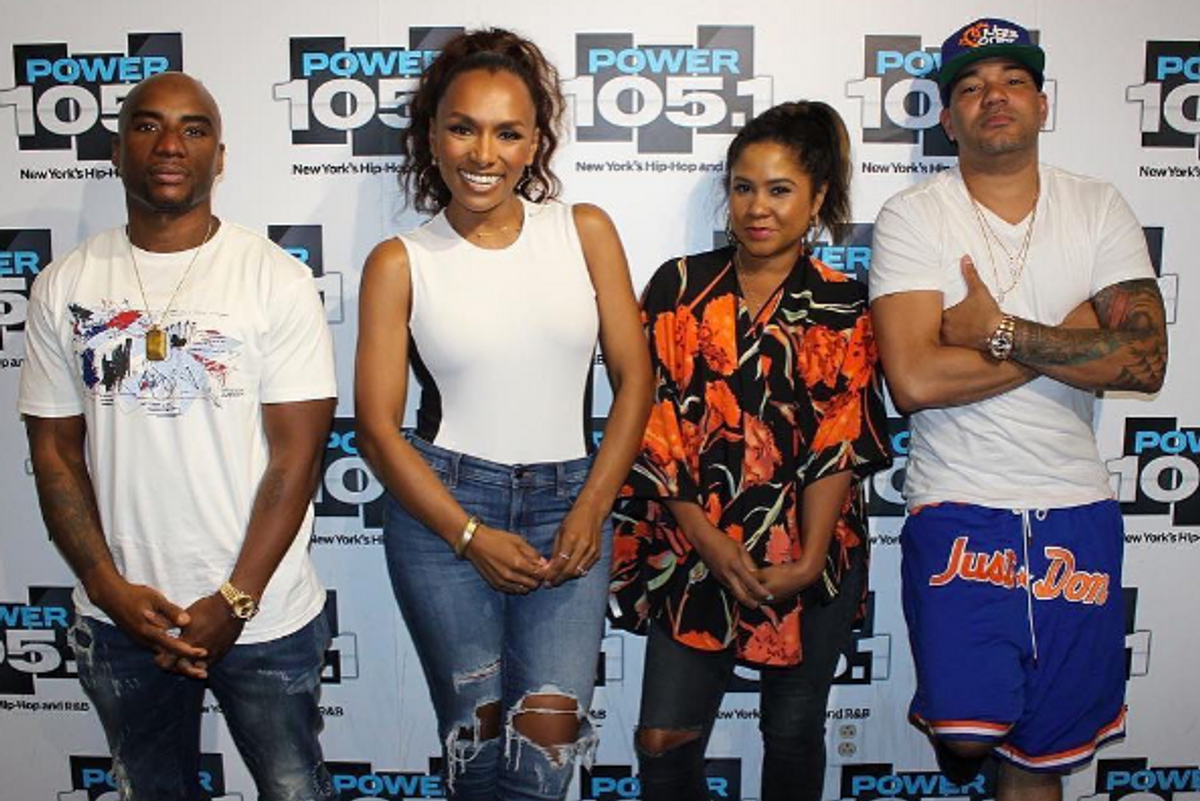 UPDATE 8/3/17 2.25pm: Charlamagne tha God has released a statement after inciting outrage as a result of The Breakfast Club guest, Lil Duval's disturbing comments about killing trans women. The host, who laughed along with Duval, has declared himself an ally of trans people and denounced any violence against the community.

"We don't condone those kind of hate crimes at all," the statement reads. "Not even a little bit. And one thing...another think I learned this week is that fifteen transgender women have been murdered in 2017 and thirteen of them have been women of color, that that number could be higher, but I do know the majority of them have been women of color. Like I think one, a transgender woman got killed this week in. Atlanta, if I'm not mistaken, so, you know, her name was TeeTee Dangerfield actually, so rest in peace to her, so, the Breakfast Club will continue to do what it always does and that provides a platform for the voiceless."

Author, trans activist and PAPER cover girl Janet Mock has spoken out against The Breakfast Club — just days after appearing on the show — after the hosts laughed on air with comedian Lil Duval about killing a woman for failing to disclose she's trans during courtship.

The exchange, which you can watch here, had Duval saying if he discovered a woman he was seeing was trans, "I'mma be so mad I'd probably going to want to kill them." He also misgendered Mock after being show the cover of her book and asked, "Tell me she ain't pretty" by Charlamagne.

Mock has written an essay for Allure to discuss the incident, denouncing the hosts for using her as a "prop."

"Duval purposefully misgendered me (as the hosts laugh, thereby cosigning) in an attempt to put me in my place and erase my womanhood," Mock writes. "Their fragile masculinity would not allow them to recognize a simple truth: I am an accomplished, beautiful black trans woman."

Mock also makes an excellent point about the fact the Breakfast Club were joking about the murder of trans women, despite the fact they consistently reiterate how important it is to keep Black people safe.

"On a black program that often advocates for the safety and lives of black people, its hosts laughed as their guest advocated for the murder of black trans women who are black people, too!" she writes.

"Boo boo: You are not original," Mock continues, addressing Duval and the hosts. "Everything you've spewed has been said to me and my sisters before — hundreds of times. But there are deeper consequences to this casual ignorance."

Mock also says that while she can't bring herself to watch back her own interview, after questions often veered toward her anatomy ("I refuse to re-experience being asked about my vagina in such blatant, irrelevant, and sensational ways"), but she's proud of the way she conducted herself throughout her appearance.

Head over to Allure to read Mock's full essay.