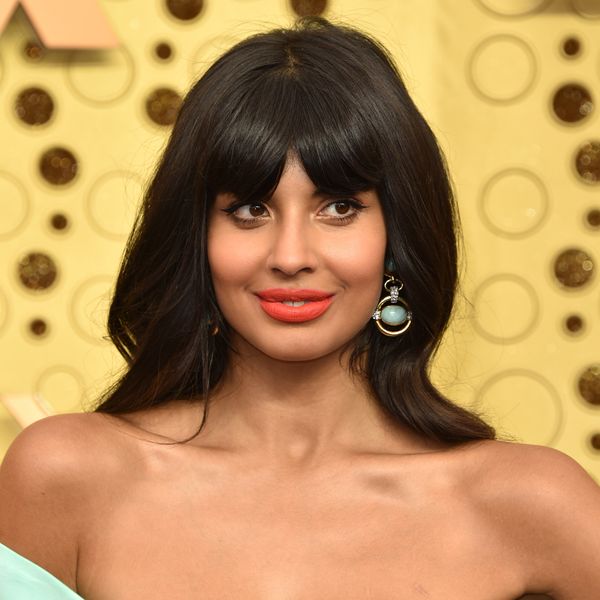 Jameela Jamil Did Her Own Makeup for the Emmys

Designers and makeup artists are known to go all out during awards shows, creating dramatic looks for A-list celebrities.
But in a recent interview, Jameela Jamil revealed she likes doing her own makeup for events.

While speaking to E! News at the Emmys red carpet, The Good Place actress confessed she did her own makeup for the night, adding that it wasn't as hard as people make it out to be and simply "saves time."

"I said after halfway through season one [of The Good Place], I realized that the [hair and makeup artists] were getting in at like 4:45 or 4:30 in the morning, Sometimes 4:15," she told E!

Related | Fat and All That: Activist Jameela Jamil Is Coming for Designers

"I realized we had an hour and 45 minutes in hair and makeup, and I just sort of went to the producers of The Good Place and was like, 'How ugly do you think I am? There's no prosthetics on me.' I need half an hour in hair and makeup? I'll do my own makeup. And so I did my own makeup for the show and someone else did my hair. I got the same amount of time for hair and makeup as the boys. Because I can't be funny when I'm tired."

This isn't the first time Jamil has talked about doing her own makeup. Earlier this year, the actress told reporters at the Golden Globes that her stunning beauty look for the night was not the work of a professional makeup artist but her own doing.

"I've never had a stylist, I don't have a makeup artist. Hair and makeup doesn't have to be this, like, 45-minute extravaganza. I can do my makeup in five minutes," she said. "I don't have a problem with a little bit of makeup. David Bowie wore makeup, Bruno Mars definitely wears some makeup, and they're not reduced to nothing more than just that. Wearing a bit of makeup just brings attention to what you've already got."