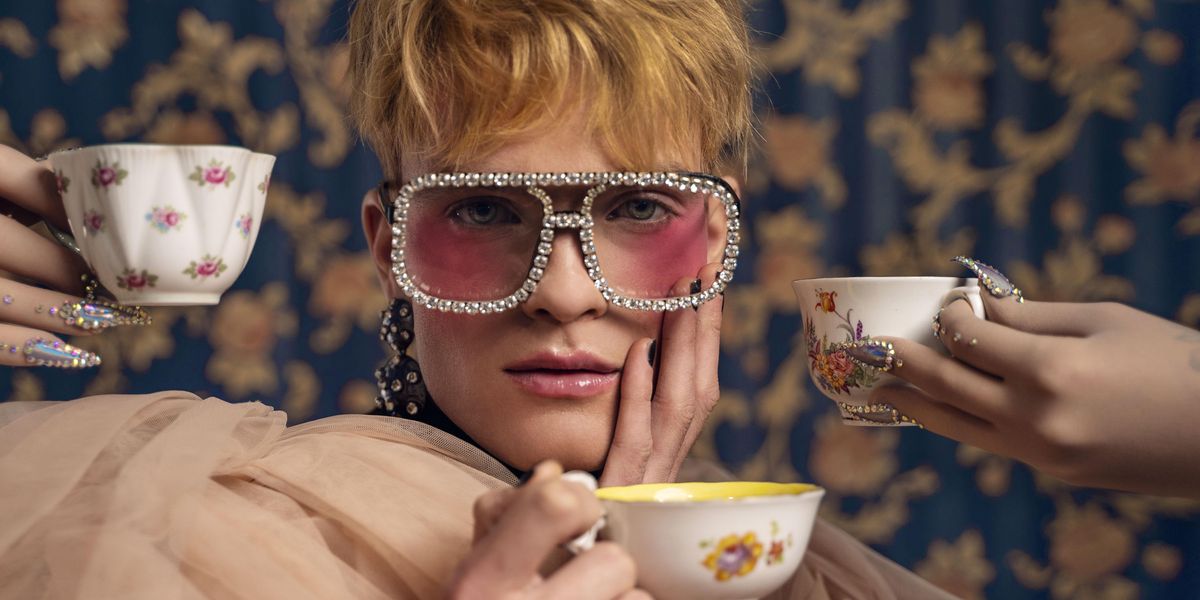 Grammy hitmaker Justin Tranter sees a mega-star in his newest Facet Records/Warner Records signee Jake Wesley Rogers, the Nashville-based musician who aims to bring his personal queer stories to a universal audience. And Rogers' major label debut, "Middle of Love," is a confident leap in that direction, jumping out the gate with a stadium-sized piano-pop anthem about an all-encompassing romance that's "breaking him in two."

"Jake is truly one of the most talented people I have ever, ever worked with," says Tranter, who's written for everyone from Demi Lovato to Lady Gaga. "The songwriting, the vocals, the visual concepts and the live performances are all at the highest level. Most importantly, the way that he lives his truth so poetically through his music makes me wish there was a superstar like him on the radio when I was young."

Rogers' would've loved that type of representation, too, having grown up "watching music videos by pop stars that included queer love," despite the artist rarely being LGBTQ+ themselves. For the Se Oh-directed "Middle of Love" music video, Rogers says "it was super important for me to show my love authentically and explicitly," and landed on a treatment that "captured the beauty and terror of what it means to love someone else."

The visual is equally cathartic and chaotic — just like real, messy, imperfect love — as Rogers dances wildly with his partner in neon light before the two end up naked together in bed and wrapped in silk sheets. "I didn't ask to melt to the floor," Rogers sings. "I didn't ask to even be born/ Both those happened when my eyes met yours/ I don't remember life before." Ultimately though, he hopes this love is "worth dying for."

"I wrote 'Middle of Love' when I began to notice that love was causing destruction all around me," he says. "I saw my grandpa dying slowly after the loss of his wife, I read about my LGBTQ+ heroes who were mostly all murdered or exiled and I witnessed my own romantic relationship exploding in my face. When I finally sat down to write 'Middle of Love' with Justin Tranter and Eren Cannata, it was the perfect storm; all my guts just spilled out."

"Middle of Love" is the first single off Rogers' forthcoming 2021 EP, which will continue the musician's ambitious quest to bring "all his guts" to radio. "I don't think my story has been fully told," he says. "There are so many forms of art, but the reason I make music is that my soul is at its happiest place when it's singing and performing, and I resonate at the highest level in those moments."