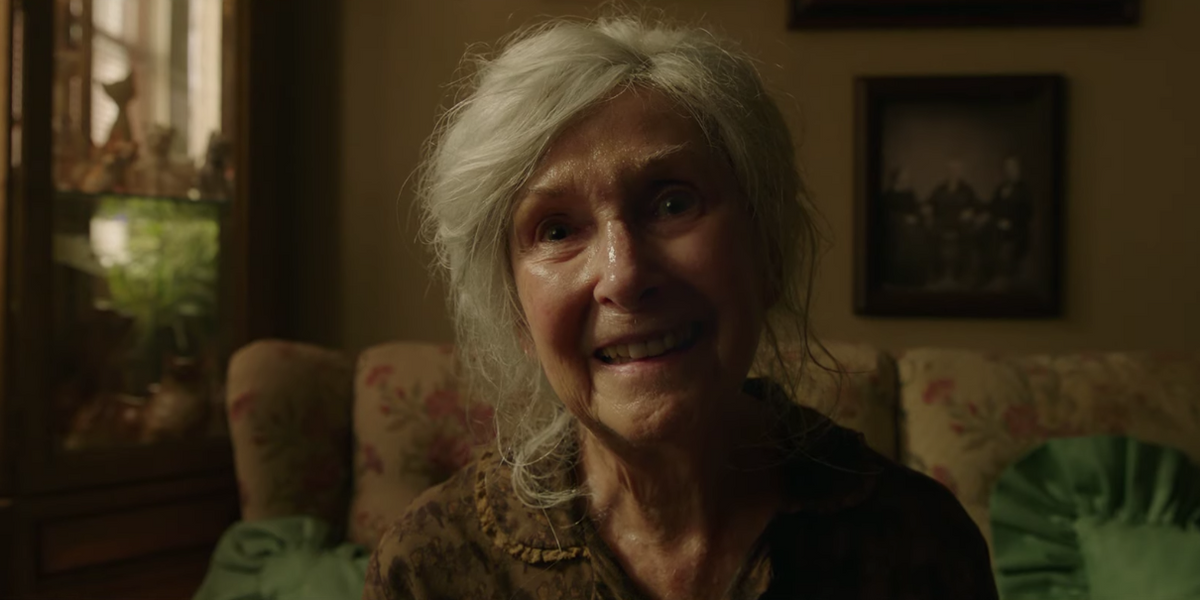 If you hate clowns, swarms of bugs, and creepy grandmas, then read no further. The first teaser trailer for IT Chapter Two was released today, and it's got us praying for the safety and protection of God's greatest gift to Hollywood, Jessica Chastain, from all of the above.

The trailer begins with Chastain's character, Beverly Marsh, re-entering her childhood home, interspersed with flashbacks from the first movie, the mononymous 2017 blockbuster IT. After being greeted by what Chastain's character believes to just be the home's new quirky resident, she begins to snoop around, until she suspects that the home may be haunted by none other than the film's ever-shape-shifting, scary-as-hell demon antagonist, Pennywise.

There's something unsettling about seeing all of your faves — from Bill Hader to James McAvoy — terrified out of their minds by something as childish as a clown, and that's what ultimately led to the success of the first movie. Bill Skarsgård's portrayal of Pennywise was a viral hit online, spawning massive commercial success and Halloween costumes, in addition to a reign of terror that's held over fans for years since its release.

The sequel, which is slated to come out on September 6 of this year, just in time for Halloween, will be directed by horror master Andy Muschietti, the same director from the first film. Despite the original coming out in 1990 and having an immense cult following, fans did not resist a promise of a second film — or potentially subsequent sequels — that might change the course of the storyline. Fans on Twitter were ecstatic at the new film announcement, immediately creating memes to pay tribute to the new trailer.

More trailers are expected to be released in the coming months leading up to the theatrical release, hopefully with even more Pennywise in them. The first teaser features the grinning clown only briefly towards the end, but let's be honest: the old lady was almost as stupefyingly chilling as Pennywise luring Georgie into the sewer. Almost.