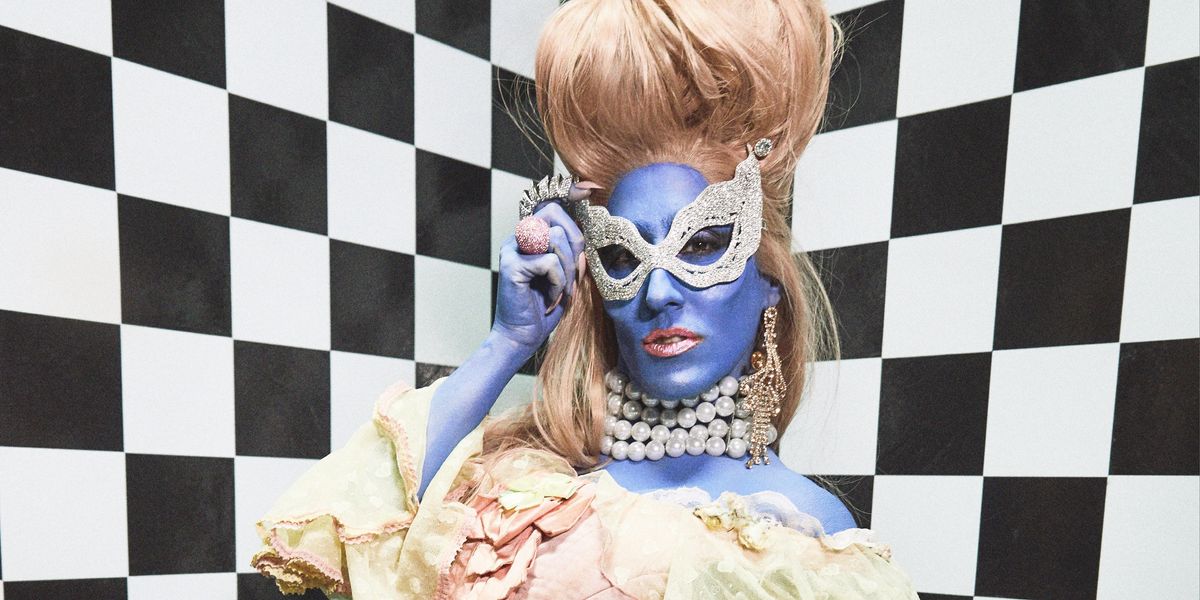 It should go without saying that Ladyfag's parties are the stuff of legend. Carrying on NYC's rich tradition of queer, avant-garde nightlife, Ladyfag's regular Holy Mountain fête has steadily grown into a juggernaut of the city's post-Club Kids landscape and has become an absolute must attend for any self-respecting denizen of the night. Don't believe me? Just watch this baroque fever-dream of a promo video and credit me in therapy later.

As a blue-skinned Marie Antoinette, LadyFag guides us down the checkerboard rabbit hole into an opulent surrealist fantasy that makes even Gaspar Noe seem tame. Featuring dancing poodle people, baby bottle poppers, a French maid who is nothing but nose, and Christeene as a deranged midwife delivering LadyFag's pearl-headed baby, the video is a delightfully insane nod to the theme of this month's edition of Holy Mountain, "Poison & Pearls," with a campy dinner party fated for melodramatic disaster.

Taking over four different rooms in Brooklyn's Avant Gardner, Holy Mountain's lineup boasts an infinite list of DJs including Total Freedom, David Morales, and a bevy of Bushwick mainstays like Fatherhood, Dicap, Mike Servito, and A Village Raid. For those inclined to turn a look, the category is "Checkerboard Realness" with a touch of aristocratic decadence. "Be it blackened teeth or covered in melted wax, make sure your look is as opulent but deranged as a broken crystal chandelier," says Ladyfag in the event description.

LadyFag's Holy Mountain: Poison & Pearls kicks off March 22nd but you better act fast because there are limited amount of tickets left. And in case you were looking for some inspiration for your fit, revisit some of the insane looks from the video, below: