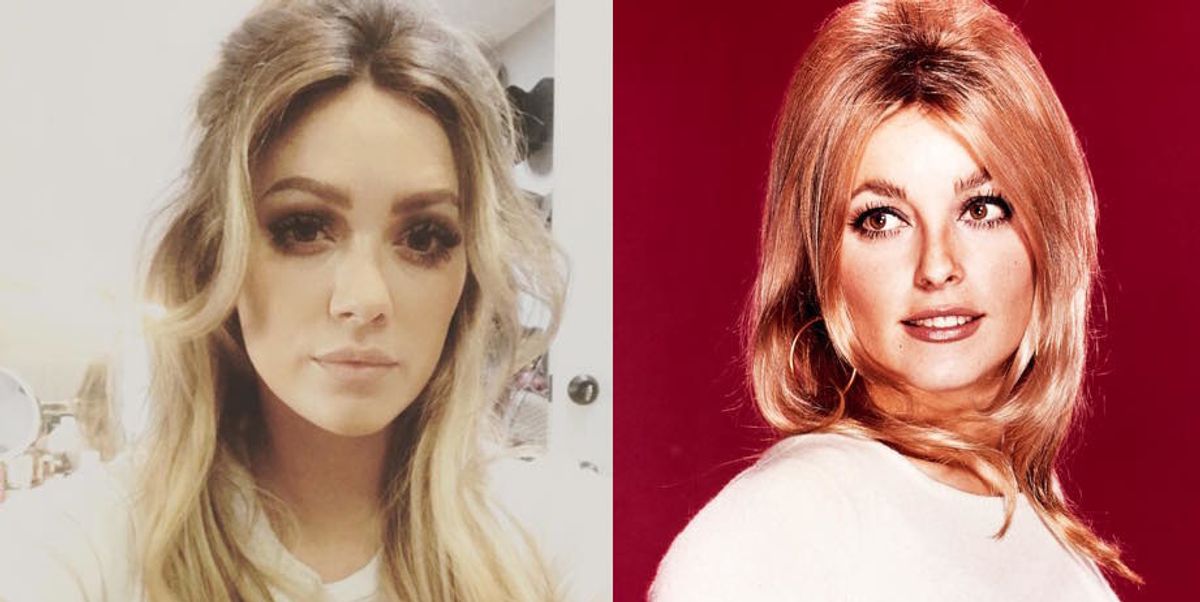 In perhaps one of the eeriest, but also most iconic castings in recent memory, Deadline reports that the famously plucky happy-go-lucky Hilary Duff will be playing deceased actress Sharon Tate in an upcoming independent psychological thriller entitled "The Haunting of Sharon Tate." Please excuse me, as I am having a difficult time picturing this.

Alas, the film is apparently based on an interview Tate gave a year before being brutally murdered in her home, along with four others, by the Manson Family cult in 1969 — during which she said she was having recurring nightmares about ghosts haunting her house.

Manson is now dead, so thankfully we won't have to hear any of his potential conspiracy theories from jail as the movie is being produced. That's its own kind of haunting to be sure.

The twisted irony of this news — or intentional irony, we're sure, from a casting perspective — is that La Hilary announced that baby #2 is on the way at the top of 2018. Sharon Tate, as we all sadly know, was eight months pregnant when she died. *Shudders*

We aren't the only ones creeped out by this news, though. This morning, People released an interview with Tate's sister Debra, who is not pleased with the new film. She was just 16 when her older sister was killed.

"It doesn't matter who is acting in it -- it's just tasteless," said Debra Tate. "It's classless who everyone is rushing to release something for the 50th anniversary of this horrific event." (Debra is likely referring to Quentin Tarantino as well, who has announced plans for a film about the Manson Family murders to be released on said anniversary.) Apparently, Debra was not contacted about the Hilary Duff project, and also owns the rights to her sisters likeliness. Eek.