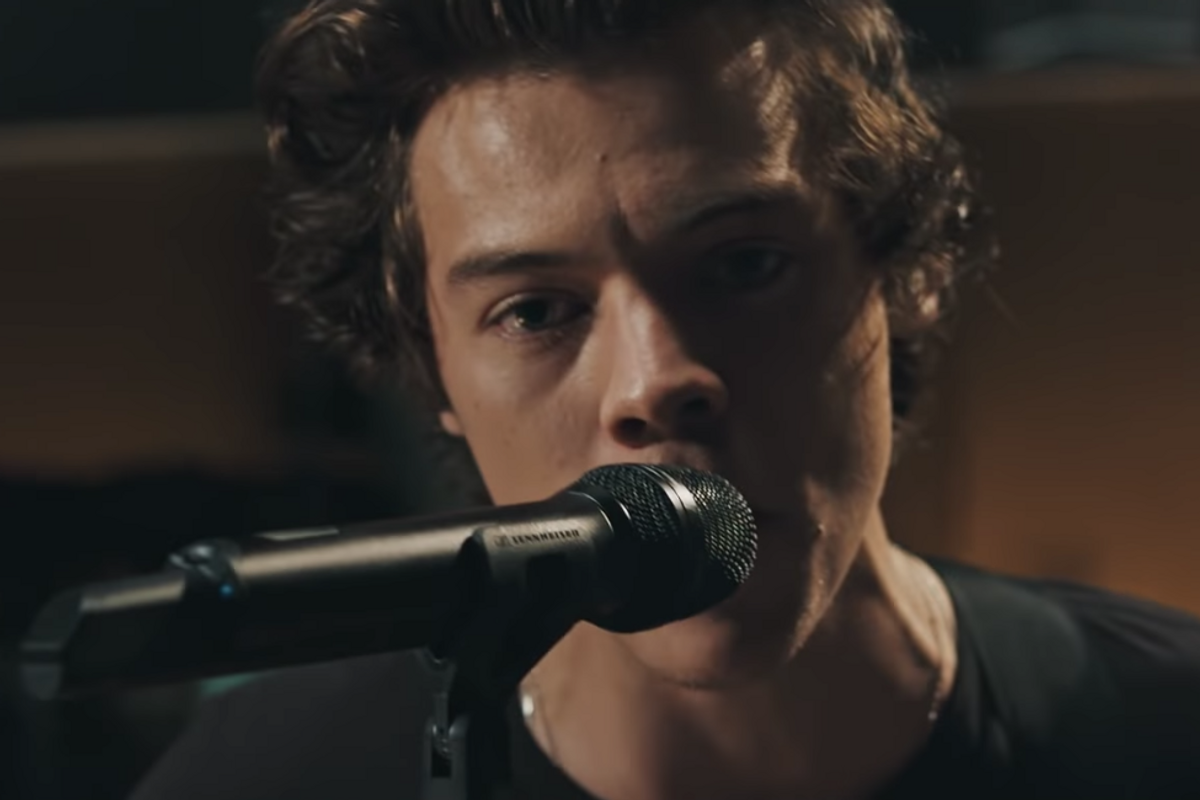 If you're needing validation, Harry Styles' mysterious new website is basically the kindest site on the internet right now. DoYouKnowWhoYouAre.com sprung up out of nowhere today, and it seems to be clever marketing for the former One Direction member's impending new album era.

The generator on the website has a plain format, with a sleek black background and blocked text asking the simple, anxiety-inducing question, "Do You Know Who You Are?" Then, in a box below, visitors to the site can type their name and find out who they are. Finally, an answer! Now, Styles doesn't just call everyone "fantastic," so I feel pretty honored, but rest assured your result will be similar.

The random generator seems to only spit out positive affirmations, always followed by an acronym: "TPWK. Love, H." Many hardcore stans are absolutely giddy about all of the mystery surrounding the site because of the fact that Styles is long overdue for a new record. His previous album, a self-titled tour de force released in 2017, introduced the public to his unique rock-pop fusion approach to music making. Songs like "Kiwi" and "Sign of the Times" were departures from the boy band imagery and sound that surrounded the star in his earlier years, gaining him traction and support in an entirely new music world.

Now, supplemented by mysterious billboards and a series of new tweets, Styles fans are almost positive that the new record will be one for the books. With no release date announced yet, there's still a fair amount of mystery and speculation — but for now, at least he's helping us get to know ourselves a little better.