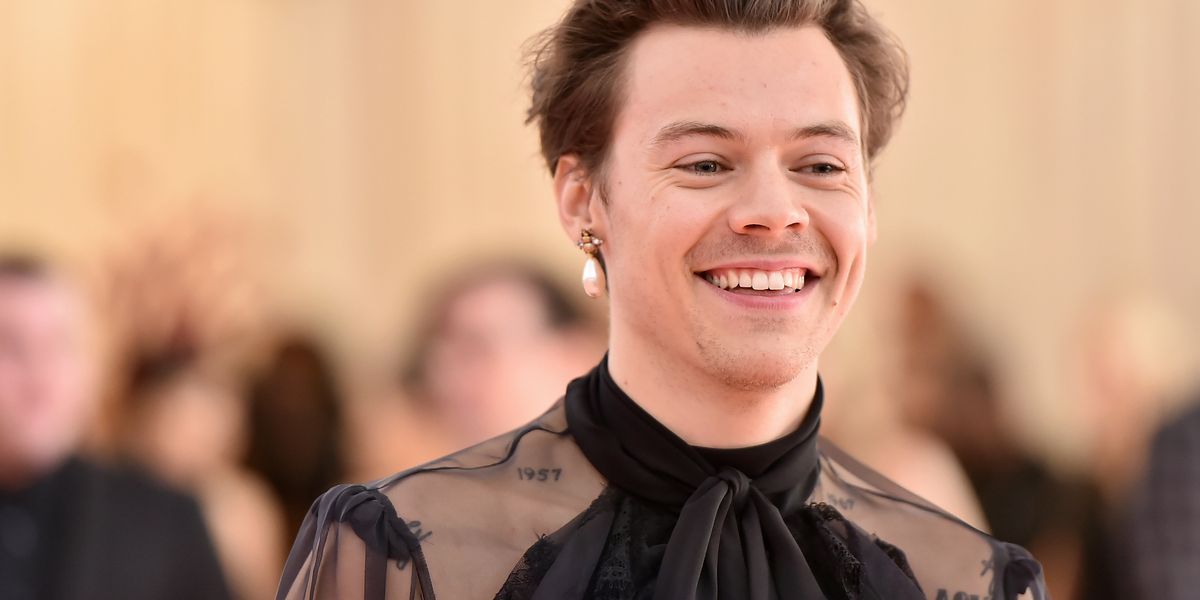 I WANT TO PLAY WITH HIS LITTLE EARRING! Harry Styles hath arriveth at the 2019 Met Gala, alongside fellow co-host Alessandro Michele. Styles is wearing Gucci, naturally. We're looking at a sheer ruffled blouse that suits his soft boy new romantic status. It's 80s, but also fairly subtle. Compared to Lady Gaga this isn't all that much, but he does look handsome as hell.

Michele, Gucci's creative director, took the ruffles a couple steps further. It looks like pink is going to be this year's red carpet color of choice — Anna Wintour and Lady Gaga already proved as much.