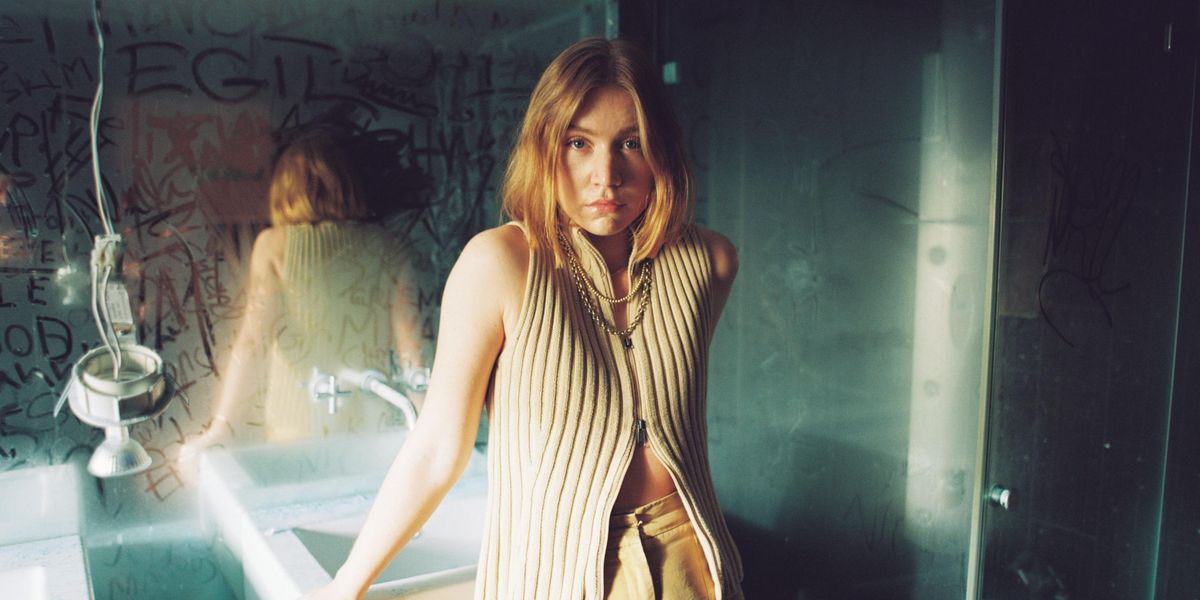 If "heaven is for girls who play nice," Hanne Mjøen would rather stay in hell — even if it hurts.

The rising Norwegian star wrote her new single, "Hell With You," in March 2019 and says "it's been in the back of my mind ever since then." Co-penned with Karl Zine, Mjøen's track holds special significance, capturing a moment when she'd given up on being a solo artist. "At the time I wrote it I had lost the drive to do my own artistic project," she revealed on Instagram. "It inspired me to focus on writing songs for me again."

The result of Mjøen's awakening is a flawless slice of Scandinavian pop, following the musical greats that have come before her, from Sigrid to MØ. "Hell With You" was produced by Sondre Mjåland and puts Mjøen's vocals above a driving, glittery instrumental that juxtaposes her solemn lyrics about a love gone cold. "Know you're not the one that I've been looking for," she admits, despite ultimately ignoring her honest feelings.

Related | Clear Mortifee Found a 'M@n Like That' in Themself

"I created 'Hell With You' to describe falling out of love while being in a relationship," Mjøen tells PAPER. "You want to leave knowing this isn't 'it' for you, but you're scared of being alone, and not ready to give it up."

She continues, "I think we've all been there, knowing it's wrong and unfair to the other person, you still want to live the lie a little longer. You end up liking how it looks even when it's hopeless, and not knowing what to do, because you don't even know if you'll be able to fall in love again."

Listen to the PAPER premiere of Hanne Mjøen's "Hell With You," below.