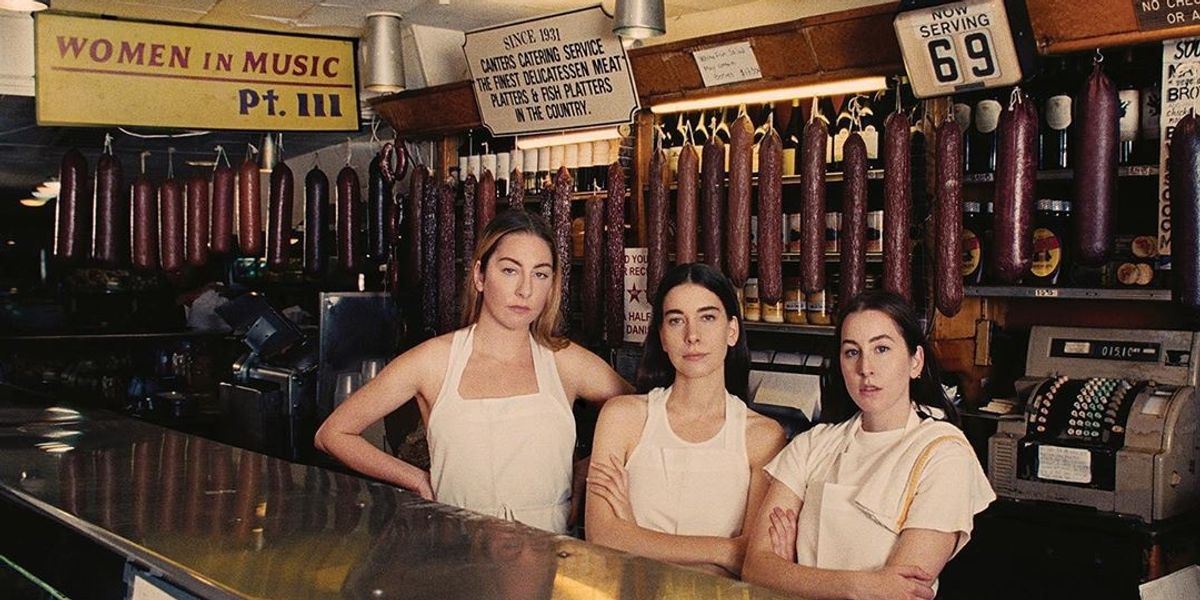 It's been almost three years since HAIM graced us with a full-length record, and for stans, that's about two-and-a-half years too long. The rock-pop trio of sisters have finally announced the follow-up to their sophomore record Something to Tell You, and the title is as tongue-in-cheek as the cover art: Women in Music Pt. III.

Quite literally serving deli counter realness, Este, Danielle and Alana Haim smolder in the shot by Paul Thomas Anderson, who they've previously collaborated with for music visuals. It's likely that the image originates on the same restaurant set that their video for "Now I'm In It" was filmed at.

The forthcoming record will feature all three of the band's summertime singles, including "Now I'm In It," "Summer Girl," and "Hallelujah." Danielle Haim, Rostam Batmanglij, and Ariel Rechtshaid all spearheaded the production of the new album. Outside of his solo work, many fans were enthralled by the dreamy production Rostam brought to the table on Clairo's debut LP, Immunity — the mere thought of Rostam production in a HAIM context is almost too exciting to handle.

On April 24 fans will be able to hear the album in its entirety, but we can also look forward to a new single as soon as tomorrow. "The Steps" is scheduled for release March 3, and will also make the final cut of Women In Music Pt. III. Get ready to stream, gays and girls.