In 1972, Tom Moser left a lucrative job as a college professor in Maine to pursue a career in woodworking, crafting handmade furniture out of an old Grange Hall. Now 40 years later, his company Thos Moser has become one of the largest producers of handmade furniture in US. With showrooms in five major cities around the country, his label is synonymous with quality craftsmanship in the boutique furniture industry.

And all of that has absolutely nothing to do with this song.

The lead single off of California-based producer/songwriter Gupi's forthcoming debut album, None, "Thos Moser" is basically the furthest thing from the East Coast furniture maker you can get. Instead, what we get is a plasticized take on bassline house with lyrics entirely compromised of irreverent non-sequiturs and pop culture shout outs to McDonalds, Coca Cola, Caroline Polachek and big middle fingers to Elon Musk, Zedd and the city of Boston. Featuring the pop punk comedic stylings of Fraxiom, "Thos Moser" walks a line between being a Soundcloud shit-post and eurobeat throwback track, finding common ground between its absurd humor and dance-floor-ready rhythm. 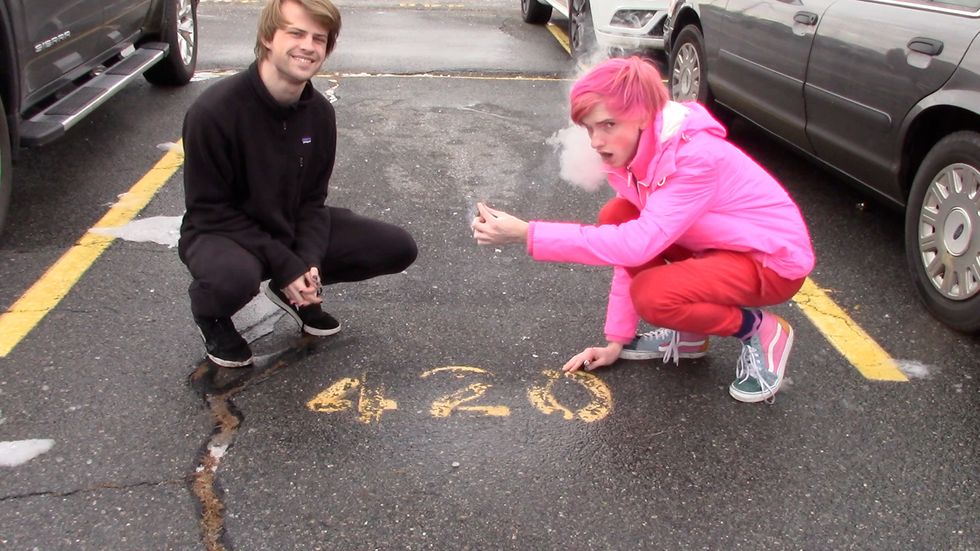 "Thos Moser" shares the same blend of internet-fueled anarchy popularized by duo 100 gecs last year, but that should come as no surprise given that the song is being released through Dylan Brady's label Dog Show Records. The track seems to defy attempts at making any sort of sense, but maybe that's okay. As Gupi explains: "'Thos Moser' is literally music" and what you get out of it is... what you get out of it.

As if that wasn't enough, the accompanying video for "Thos Moser" is somehow even more batshit insane. It's basically if Eric Andre rebooted Dumb and Dumber and released it as a TikTok. The video is a data-moshed homemade Vine compilation of memes and skits starring Gupi and Fraxiom that somehow manage to top the song's already chaotic energy. If the internet was capable of having fever dreams, they might just look like this.

But don't just take my word for it, watch the outrageous video for Gupi and Fraxiom's "Thos Moser," below, and see for yourself.