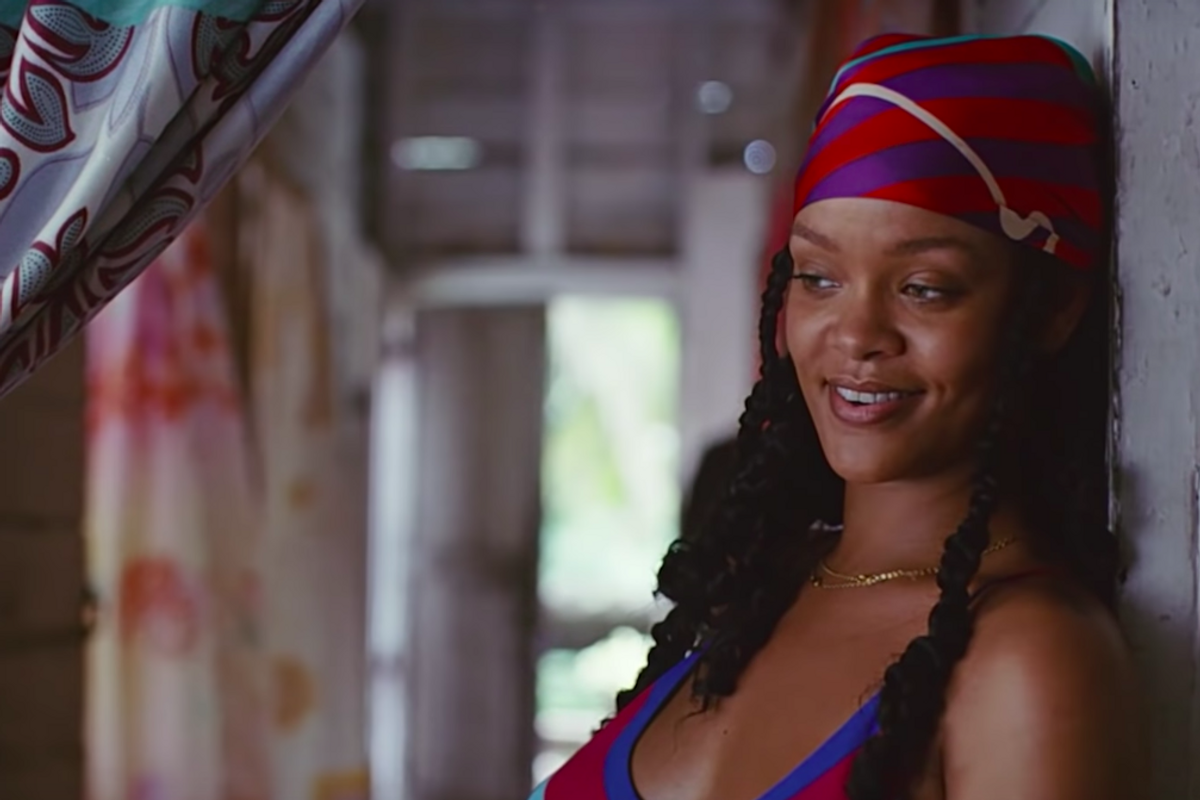 Here's How to Watch Childish Gambino and Rihanna's Movie

As it turns out, Childish Gambino (a.k.a. Donald Glover) and Rihanna's film Guava Island ahead of Coachella 2019 weekend. The movie, which runs 54 minutes long, and stars not only the two artists but also Black Panther's Letitia Wright, debuted on Thursday night with about 100 guests invited to the exclusive event.

The premiere was set in a special domed theater on the Coachella grounds, decorated with faux grass, and of course tie-dyed cushions and fleece blankets so that everyone was comfortable.

At the premiere of Donald Glover’s #GuavaIsland at #Coachella with stilts, fruit, tie-dye blankets and more ahead o… https://t.co/yRC0nJwXks
— Lindsay Weinberg (@Lindsay Weinberg)1555034152.0

The film is centered on an aspiring musician, Deni (Glover), whose only dream is to write a song that unites the people. He's somewhat of a local celebrity, but also works at Red Cargo, a manufacturing warehouse run by his boss Red Cargo (Nonso Anozie). Meanwhile, his ever-supportive girlfriend Kofi (Rihanna) — who is also the narrator of the story — works at a sewing factory with Yara (Wright).

The main conflict comes when Cargo threatens Deni not to perform at the upcoming music festival, because the rest of the employees will arrive late to work the next day. Cargo smashes Deni's guitar to prove his point, and gives him $10,000 to run away. The protagonist then has to decide whether he'll allow himself to be silenced in order to protect himself, or air his music despite the adversities that will come his way.

The movie features Childish Gambino's hits "This is America," "Summertime Magic" and "Feels Like Summer." Rihanna, however, does not sing in the entire film. It looks like she might be saving that for her upcoming album. Still we get to see both artists flex their acting skills, and as boyfriend and girlfriend — so, if you totally ship this, then this movie is a must-watch.

Guava Island is an Amazon Studios project, and is now available for viewing on Prime Video. Watch a short clip from the film below.