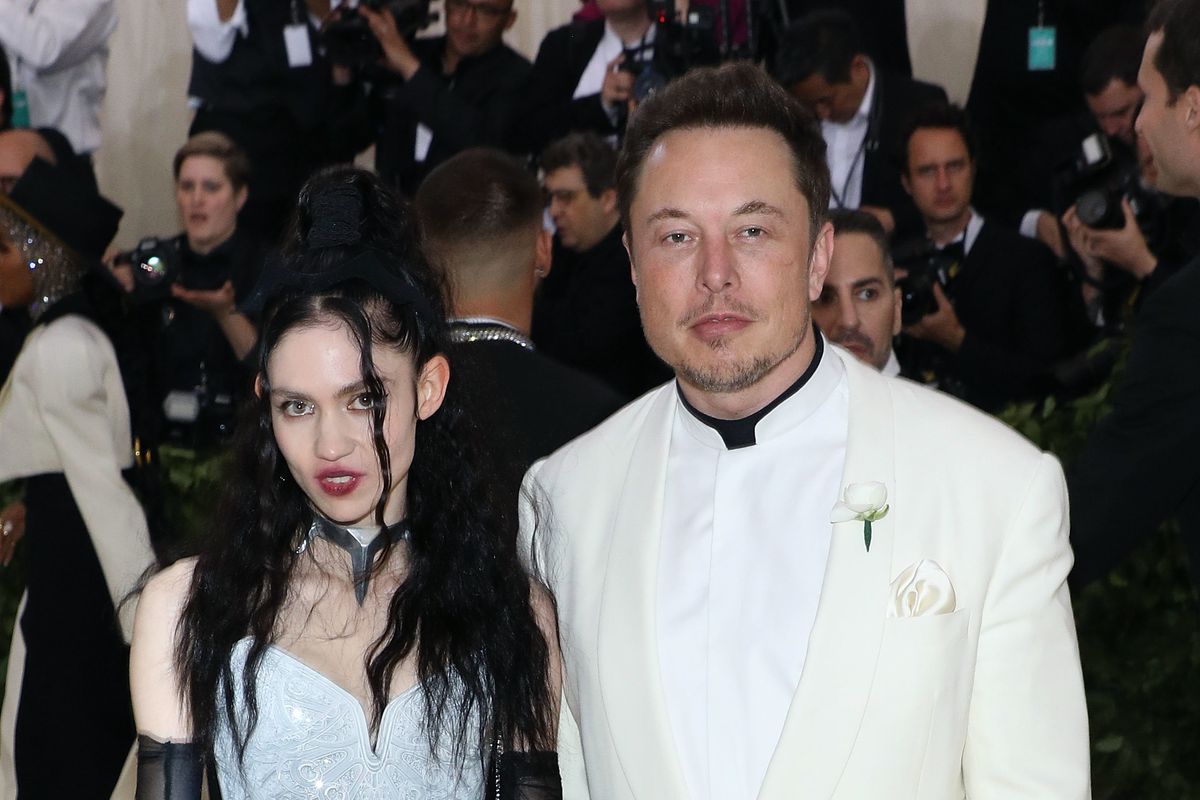 Grimes was interviewed by the Wall Street Journal Magazine, which is fun, because the profile includes observations about her music such as, "You can't sing along to many of the songs."

Also fun is Grimes (technically she goes by "c" now) talking about her much maligned relationship with controversial Tesla and Spacex CEO Elon Musk. Up until now, most of our intel about their upsetting love story has come from awkward event photos and Azealia Banks' always-enlightening Instagram Stories.

From the WSJ interview, one definitely gets the impression that Grimes enjoys Musk's company, but knows she shouldn't. According to the interviewer, she appears uncomfortable even saying his name out loud.

"Look, I love him, he's great," Grimes says in the profile. "There's got to be some reason." While contemplating the relationship dynamic, the musician supposedly has trouble articulating exactly what makes it work, and as she speaks "she begins to contort her body slightly smaller, as if disappearing into a ball."

What does Musk think about Grimes, though? He's a little more articulate, it turns out. Via email he declared that "I love c's wild fae artistic creativity and hyper intense work ethic." He used her correct name and everything!

Trouble in paradise, or just an awkward interview? What it all comes down to is this: Grimes is probably just dating Musk in the hopes of obtaining free space travel. And we can respect that.