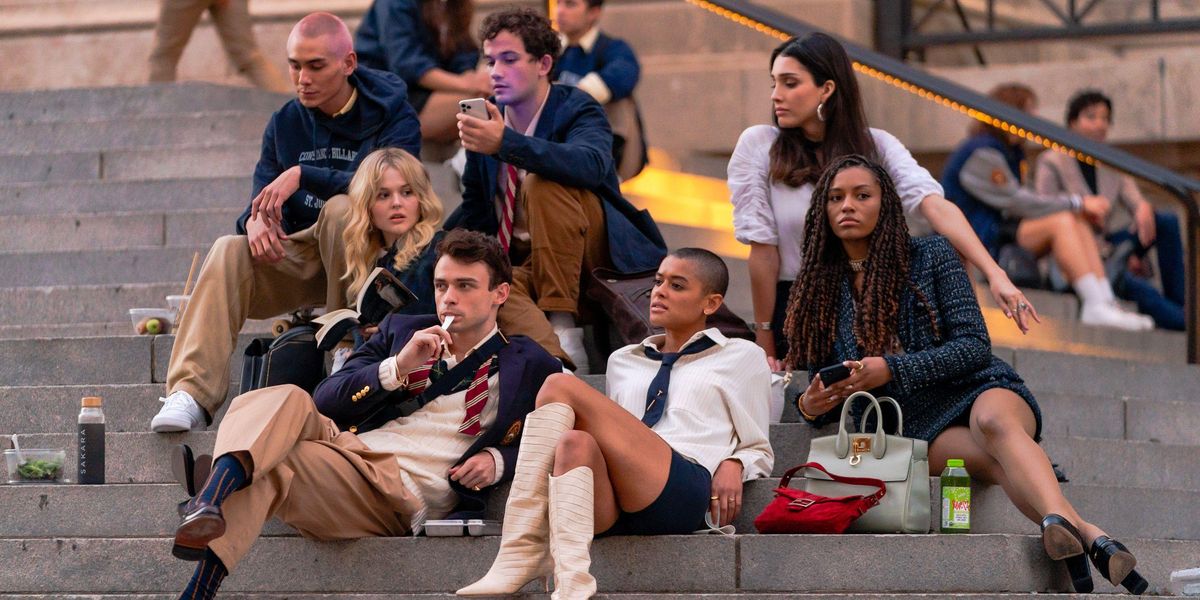 Calling all Upper East Siders — Gossip Girl is returning next month, replete with its most familiar hallmarks (the pleated skirts, loose ties, looser morals). It's almost as if we never left the steps of the Met, where surely a hint of Blair Waldorf's Chanel No. 5 still lingers in the air.

And yet, much has changed since the original show ended in 2012. Screenwriter Joshua Sarafan emphasizes those changes, noting the series "will address just how much social media — and the landscape of New York itself — has changed in the intervening years."

Indeed, the new cast subverts the previous archetypes, updating them for our increasingly online culture. There's still the St. Jude's uniforms but they're now worn with pink hair and Adidas sneakers, almost a requirement in a world where the term "influencer" extends far beyond the walls of Constance Billard.

Still, they're Manhattan's elite, walking down runways and into corporate parties, with an air of confidence foreign to most adults, let alone 17-year olds. They're unreasonably attractive and devastatingly rich — even the trailer is set to the tune of Frank Ocean's "Super Rich Kids," which seems almost excessive (excess, though, bodes well for New York's upper echelons).

Twitter users were quick to respond, "so what's the point?"

Gossip Girl wants to be woke because they think we are entertained by “unproblematic” faves when it’s the problemat… https://t.co/cwcOrHLF1g
— Najma Sharif (@Najma Sharif)1624311807.0

@trxnitylove @laylology Exactly like in that one Netflix where they were talking about “oppression olympics”
— s (@s)1624357415.0

It's a valid question — for many viewers, the point was the glory and gore of lifestyles which are morally ambiguous at best (and quite terrible at their worst). It was an almost voyeuristic indulgence, one far removed from any sort of "real" life.

Not that "real life," whatever the term might mean, is entirely absent from the reboot — there's still unrequited crushes and overbearing parents, good sex and bad grades, and all the other drama soon to be announced (by an eerie, omnipresent Kristen Bell).

One writer even responded to the criticism, noting that we truly don't know what to expect:

Perhaps this is the true Gossip Girl premise — that we leave our expectations at the door (alongside all the designer shoes), and enter with a clean slate.