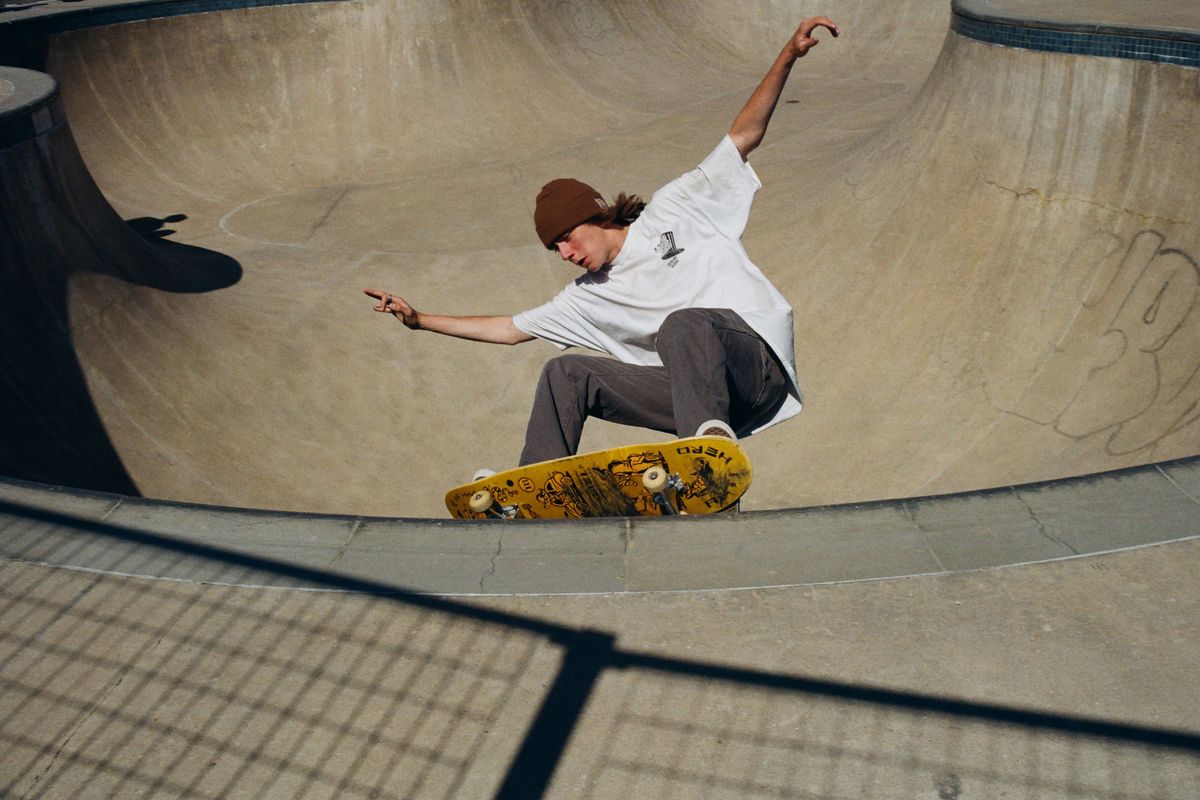 Skateboarding From New Yorkers Who Live It

Focusing the board: To take your foot, and stomp it through your skateboard, breaking it in half. Focusing your board usually stems from a place of frustration in one's inability to complete a trick or failing in some other way. Often times, the failure that comes about, does so with physical pain and metal anguish leaving you standing face to face with you personal demons. But beyond the pain is personal achievement, exercise, healthy living, individuality, creative expression, opportunity, and a community that never fades, never forgets, and always wishes happy birthday to one another.

Before cell phones and social media, the Skateboarding community grew by word of mouth. Like folklore, stories about how people did it and where, who to watch, what to do and why, were passed down from generation to generation. At the beginning, some kids who skated slalom in the New York Streets, saw pictures of kids in California who were taking their boards vertically up walls and in empty pools. "We got to try that," they said. And out of that, New York skaters would come to build something that is just as unique as the economic, social, and topographical makeup of their city. It's evolution is accredited to the people who used the board as a way to connect, promote community, and an inclusive spirit that goes beyond the corporate influences that have come to inhabit their culture.

Skateboarding is a true response to the immediate world around you, and skaters from all around the world would come to New York to engage with an environment that inspired decades of innovation. A Pulse driven by the blood, sweat and cheers of kids, who from the first moment they stepped on a board, would spend the rest of their lives exploring what that feeling could turn into.

Beneath the Manhattan side of the Brooklyn Bridge, I looked upon the barren banks that held ghostly echoes of skateboards slapping bricks, and memories of skaters flying over that staircase, or riding up that wall. The evidence of personal achievement is smeared all over every surface, and this iconic skate spot before me, though chained up and guarded, was still filled with spirit, and patiently waited for some kid to risk breaking a wrist in order to say they tried that trick, at the Brooklyn Banks.

Time moves forward, and moments pass. What's important now, will fade in and out as new passions come into focus. As people grow, skill levels peak and eventually yield to the aging body, but those who keep bringing the board into focus can experience the realization, that as they grow older skateboarding becomes more important to their mental health, than ever before. We all have access to the beauty that lies beyond our fear, and all we have to do is choose to go for it. Get on the board and explore parts unknown. Try again. Follow through. Put your thought through the board, and connect to something greater than yourself. With this in mind, the board becomes an extension of one's self, and aides in gaining clarity amidst the chaos of a life.

Skateboarding is a true response to the immediate world around you, and skaters from all around the world would come to New York to engage with an environment that inspired decades of innovation.

They collaborate with the laws of physics, and make jaws drop when we see them defy gravity, or walk away after skin is torn and pavement receives their bones. We see them skate the fickle edge of triumph, and concrete failure, and looking damn good while doing it. In that, it's artistic. It's holistic. It's expression.

No matter what age, or how good you are, there is a common feeling a skater experiences when they jumped on a board. They connect with a part of themselves that often gets buried as you grow older. Never gone but only covered up, waiting to be brought back to the surface. When the board is in focus, minds are leveled and bodies align to make it possible for passion and presence to collide. Focusing the board connects the spirit to action, and presents the world with a human being who is exactly where they ought to be. Free.

"We just happened to be there when the stuff started happening. In New York, in 1978, those new wheels coming out opened up skating to the whole city. You could strap your wheels on and you could go anywhere. You had to be an oddball. You were not one of the jocks. You were not playing a normal sport. Most of us didn't come from money and we didn't have many toys or equipment, so that was our outlet. It didn't require much. People were building ramps, and making it happen. And it was because of the influence in the magazines from Cali. They'd look at these guys skating pools and shit, so they'd go out and scout pools in New York" — Irene Ching, quad-vert skater in New York City since the '70s