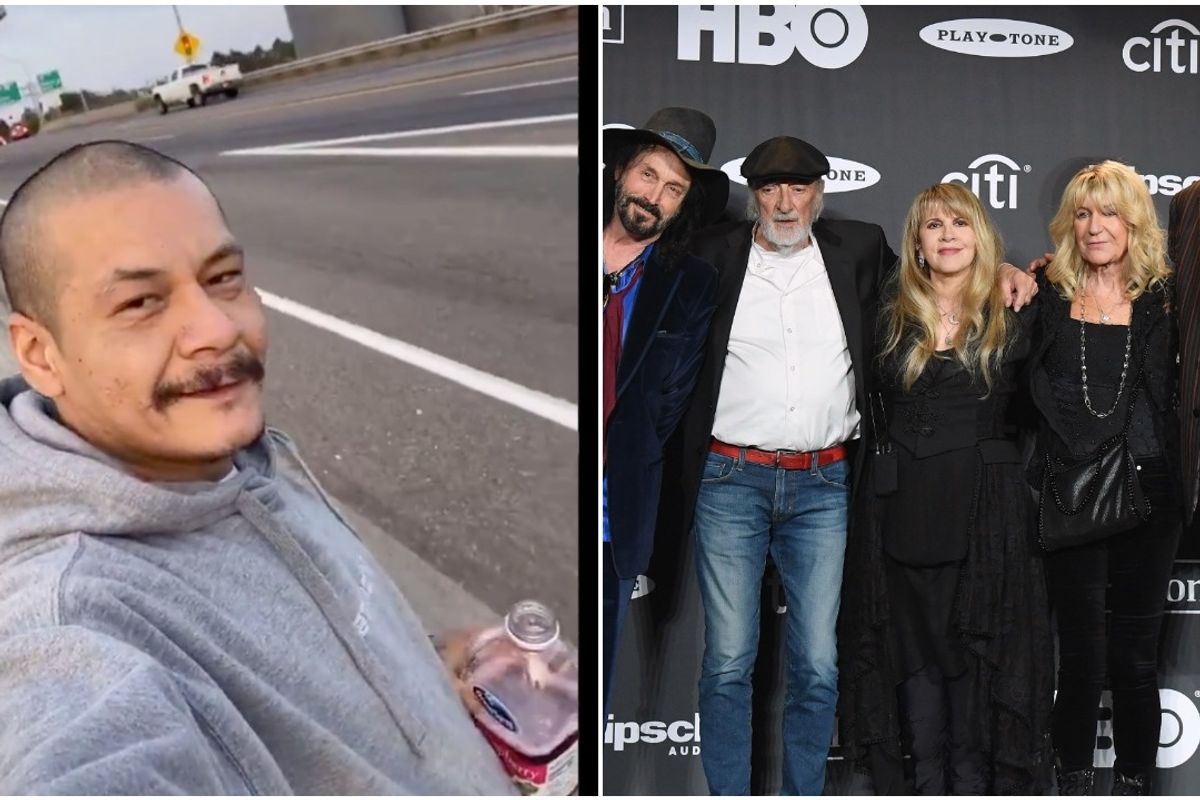 Fleetwood Mac have given their seal of approval to a delightful video of a man skateboarding to their 1977 hit, "Dreams."

If you were anywhere near the internet this past weekend, you probably saw the video-in-question, which was originally posted by TikTok user @doggface208.

In the undeniably pure video, Mr. DoggFace208 can be seen skating down a street and drinking from a bottle of cranberry juice, all while lip-syncing along to the track. And needless to say, the incredibly chill clip has since gone on to make him a viral internet sensation.

That said, it was only a matter of time until Fleetwood Mac themselves chimed in. In response, the band recently re-shared the clip on Twitter and even gave it their co-sign by writing, "We love this!"

And while @doggface208 has yet to respond to the band's comment, in the meantime, you can watch the mesmerizing clip for yourself, below.