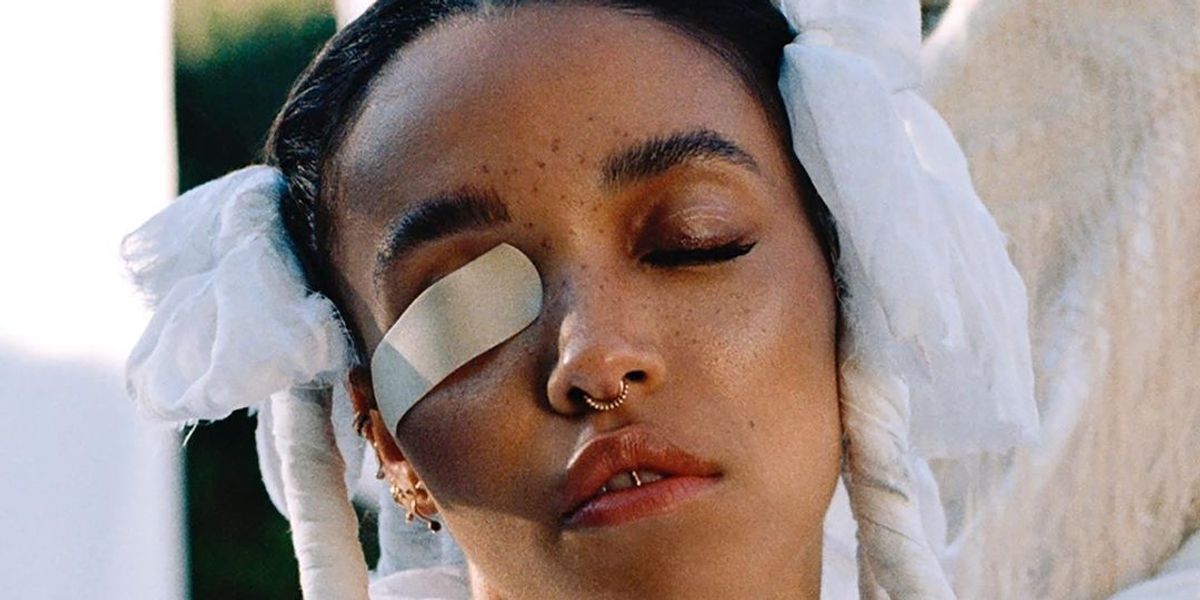 Home Is Where FKA Twigs' Heart Is in New Video

Set in suburban England, FKA Twigs takes viewers from strobe-lit club to enchanted forest in her new "Home With You" video, the latest taste of her upcoming sophomore album, Magdalene.

In an interview with Zane Lowe of Apple Music's Beats 1 radio program, Twigs describes her highly stylized latest video, which, by the way includes scenes of her with artful makeup and a bandage over one eye, as something that was "written from the heart, and it talks about really just me going home to the suburbs where I'm from in Gloucestershire." Judging by the video, for Twigs being home also involves performing tons of intricate choreography.

Twigs also discussed the significance behind the title of her new album with Lowe, stating that it was named after Mary Magdalene, a "healer and mystic woman," as opposed to a religious deity.

"I didn't look at her as a character, a person in the Bible," she explains. "It was more looking at her as a woman and what she represented, what her archetype was, what was her true story, how was it manipulated, how does that relate to the matriarchy in general, and how that story is manipulated."

Twigs has already begun performing "Home With You," notably during her brief Magdalene Tour last spring in small venues throughout select cities in the U.S. and Europe. Twigs is expected to tour North America in support of the album this November. Magdalene, initially slated for an October 25 release, will now arrive November 8.