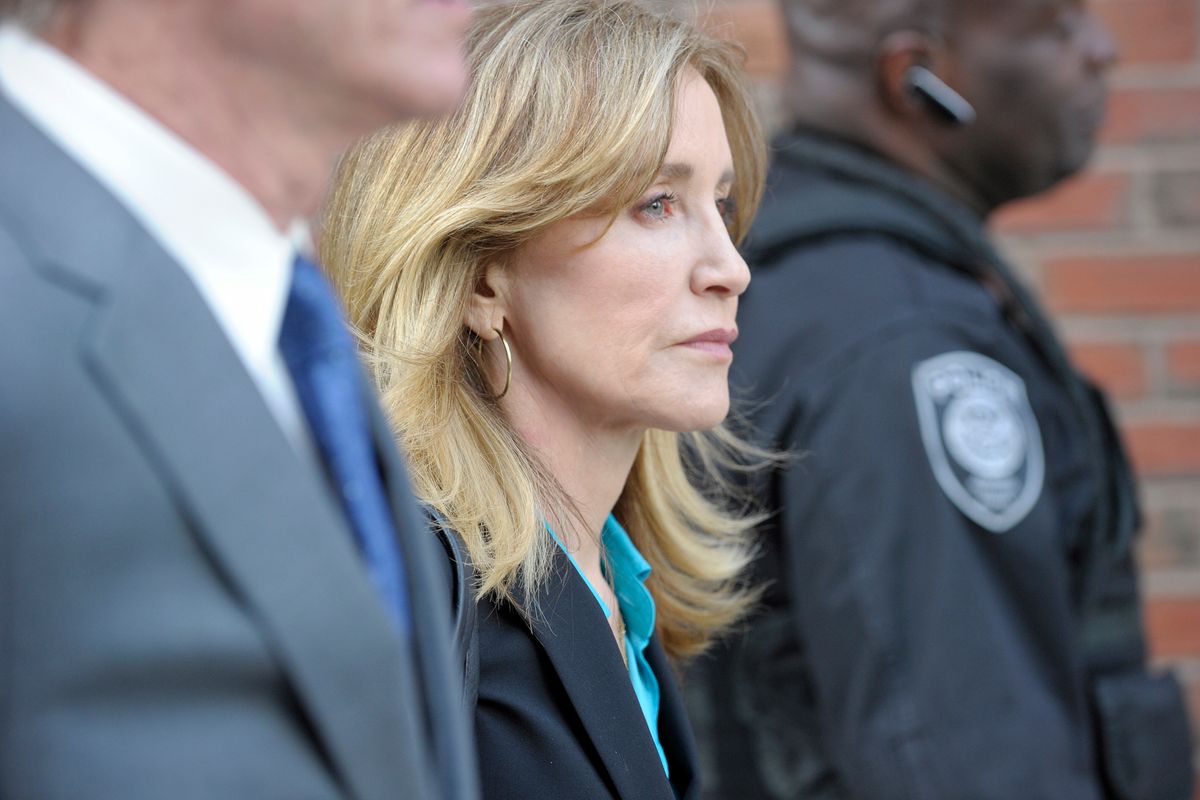 Felicity Huffman has been sentenced to 14 days in prison for her involvement within the nationwide college admissions scandal.

The former Desperate Housewives star was sentenced earlier today by a federal court in Boston. She will also serve one year of probation, pay a $30,000 fine, and perform 250 hours of community service, according to a report by CNN.

Huffman pled guilty to conspiracy to commit mail fraud and honest services mail fraud earlier this year after she was accused of paying $15,000 in an effort to boost her daughter's SAT scores. She was amongst a group of wealthy, influential parents who apparently colluded with William "Rick" Singer to bribe athletic coaches and/or cheat on standardized tests in order to gain their children admission to elite universities.

At her sentencing, Huffman apologized to her family and the judge, as well as "the students who work hard every day to get into college, and to their parents who make tremendous sacrifices supporting their children."

"I am deeply ashamed of what I have done," Huffman also said. "At the end of the day I had a choice to make. I could have said, 'no.'"