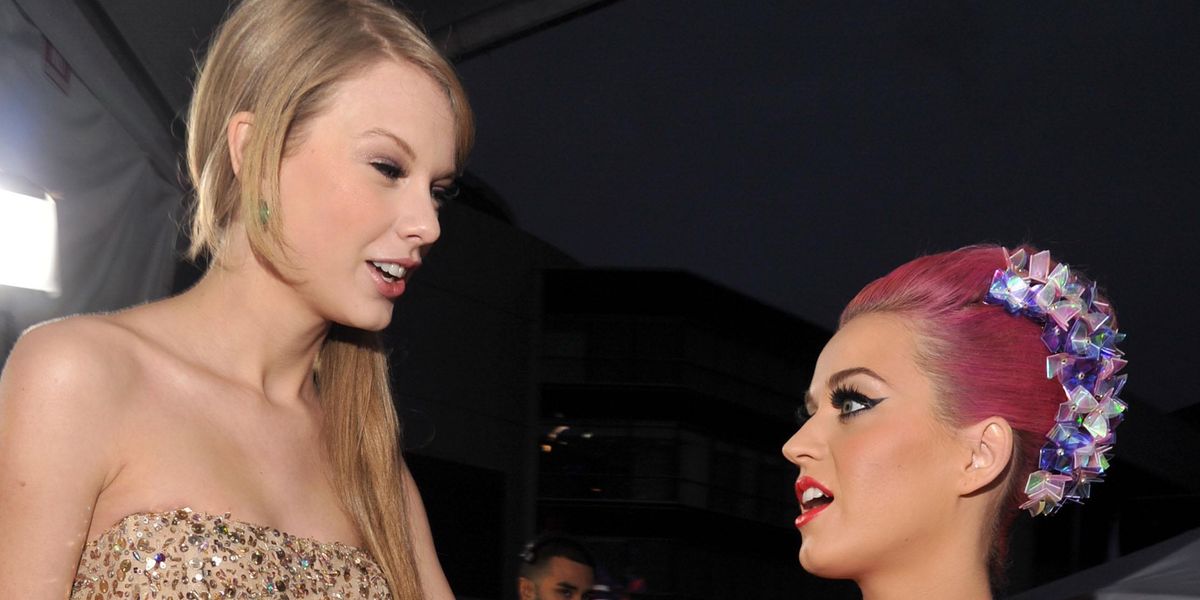 Even Though Your Body and Soul Cannot Take Any More, Katy Perry Keeps Stirring the Taylor Swift-Feud Pot

Let me begin by saying, I'm sorry. Like many others, I also assumed this whole situation would be dead and gone until Taylor eventually responds (unlikely, unless in album form), but no. Katy just won't let it lie.

After she spilled all of the tea on "Carpool Karaoke" (green, jasmine, chamomile, you name it) Katy now followed up in ANOTHER interview why she chose to explain her ongoing beef with Taylor publicly as opposed to just...being chill.

"Well, James Corden makes me and the whole world feel very safe," Katy told NME, which is a fair point. "No one has asked me about my side of the story, and there are three sides of every story: one, two, and the truth."

"I mean, I'm not Buddha—things irritate me," she continued. "I wish that I could turn the other cheek every single time, but I'm also not a pushover, you know? Especially when someone tries to assassinate my character with little girls [her fans]. That's so messed up!"

Spicy. It is indeed, I suppose, kind of messed up, particularly when the two mostly share the same audience. Luckily, Katy now appears to be going the hip hop route – something Taylor dipped a toe into, but ultimately decided was not for her.

I am praying that Graham Norton will somehow get the two on the couch together and we will be able to watch them try to fake their way through a reconciliation. Fingers crossed!