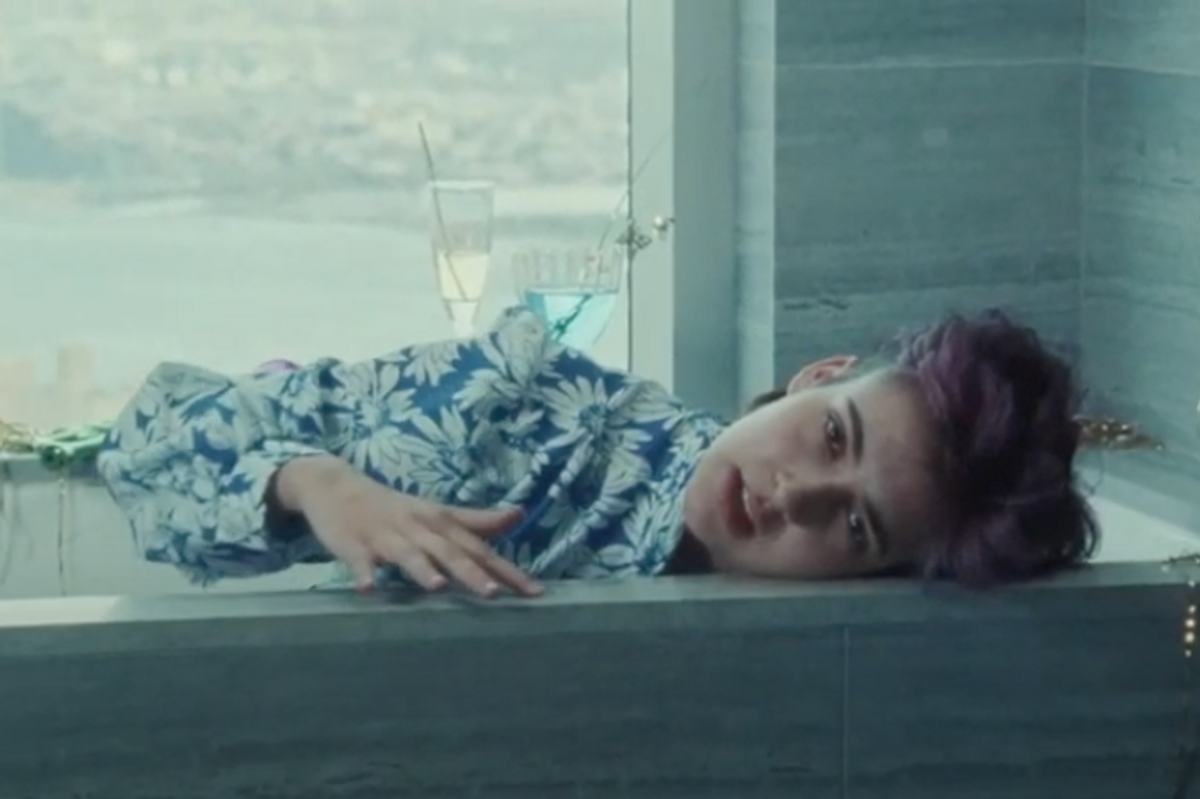 Even if you don't fancy yourself an emotional person, Evann McIntosh's "JENN!FER AN!STON" is guaranteed to get you in your feels.

Recently dubbed "the next Billie Eilish" by Vogue Hong Kong, McIntosh's ethereal vocals and contemplative delivery are absolutely otherworldly above the song's slow-burning, minimalist production. And though the 17-year-old's talent remains front-and-center, the Loris Russier-directed video is also an appropriate visual accompaniment to "JENN!FER AN!STON's" stark sincerity, filled with somber shots of the grey New York cityscape and warmer moments that see McIntosh slinking around downtown.

But the cinematic vibe was no accident, as video creative director Khufu Najee explained that the song evoked the spirit of Manhattan with its "timeless feel" and ample "soul." Granted, as McIntosh themselves went on to explain, "JENN!FER AN!STON's" moody feel mostly comes from writing about trying to reframe their unreciprocated love as something else, to varying degrees of success.

"I wrote this song about wanting to see someone in a different light, as a different character other than the love interest," as they said. "It's about the constant continuation of the same pattern. It's about trying to force a change that won't come. You want better and you put in the effort but it's unreciprocated either way. No commitment and no loss."

Talk about relatable. Watch the video for "JENN!FER AN!STON," below.