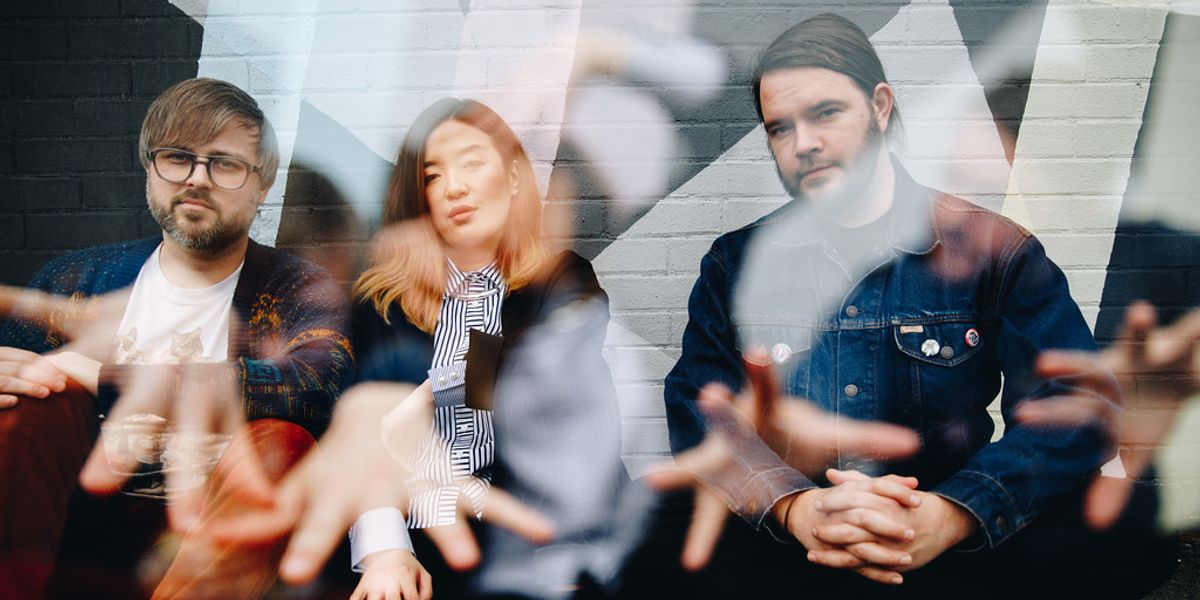 Roanoke, Virginia-based noise-pop trio Eternal Summers makes music that transforms their emotions into anthems. Inspired by a range of genres including Swedish, French, and Japanese pop as well as Bossa Nova and jazz, their music is both dreamy and, at times, jangly and rougher around the edges. The roaring guitar riffs and skittering drums propel the music forward, while Nicole Yun's gossamer voice infuses the music with a light airiness.

Their new music video for "Forever Mine" off their recently-released album Every Day It Feels Like I'm Dying…, reimagines the band's three members as neon whiteboard animations. The colorful drawings that represent them are contrasted against a minimalist black background that morphs into a forest decorated by roses, birds, and the occasional flitting butterflies. The chugging guitars and muted drums established a relaxed tone as the band gets lost in a daydream about flying to be with a lover.

Singer Nicole Yun says of the video, "'Forever Mine' was shot live in Roanoke, VA at our practice space, then sent to our long time visual collaborator, Japhy Riddle, who transposed sequences of still images to whiteboard drawings to create the animation. In Japhy's storyline for the video, creatures visit the band, exploring the idea of relationship and ownership, whether temporary or infinite. The three creatures directly reference the cover of the album, and loosely to us as the members of Eternal Summers."