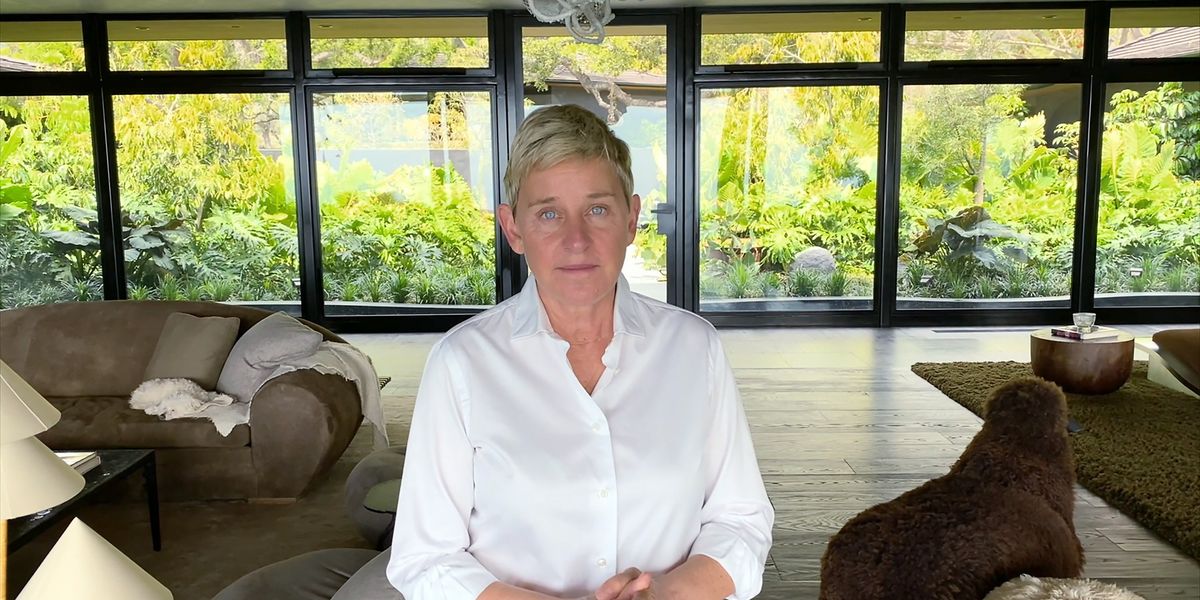 In the season 18 (wow) premiere of Ellen, the show's eponymous host came right out with it. Her opening monologue directly addressed allegations of employee mistreatment on her set, as laid out in a disturbing BuzzFeed News report earlier this summer. Although not those more shadowy rumors about her celebrity guests feeling uncomfortable during interviews.

After joking sarcastically about having had a relaxing summer, the woman whose supposed mantra is literally "be kind" took responsibility for how employees are treated in the workplace with her literal name on it, and also sought to reassure viewers that her public and private personas are one and the same.

"As you may have heard this summer, there were allegations of a toxic work environment at our show," she told her virtual studio audience. "And then there was an investigation. I learned that things happened here that never should have happened. I take that very seriously. And I want to say, I am so sorry to the people who were affected. I know that I'm in a position of privilege and power. I realized that with that comes responsibility and I take responsibility for what happens at my show."

She continued: "The truth is I am that person that you see on TV. I am also a lot of other things. I sometimes I get sad. I get mad. I get anxious. I get frustrated. I get impatient. And I am working on all of that. I am a work in progress and I'm especially working on the impatience thing because, and it's not going well because it's not happening fast enough. I am a talk show host and you know that. But maybe some of you know I was an actress. I've played a straight woman in movies. So I'm a pretty good actress. I don't think that I'm that good that I could come out here every day for 17 years and fool you. This is me. And my intention is to always be the best person I can be. And if I've ever let someone down, if I've ever hurt their feelings, I am so sorry for that. If that's ever the case, I have let myself down and I've hurt myself as well, because I always try to grow as a person. I look at everything that comes into my life as an opportunity to learn. I got into this business to make people laugh and feel good."

Three of the top producers on The Ellen DeGeneres Show left following an internal investigation in August, and since then the shoe has welcomed new hire Stephen "tWitch" Bosson as co-executive producer. Staff will also receive a few new benefits: extra paid time off and medical leave.

DeGeneres has reportedly been regularly in touch with her staff over Zoom and in person. A People source says everyone is "happy to be back at work together," and that while staff are "taking it one day at a time," "so far the environment on set already feels different."

A slate of celebrity guests for this season has already been announced, but Dakota Johnson's name is mysteriously missing. Tiffany Haddish will kick things off, followed by the likes of Kristen Bell, Alex Baldwin and Chris Rock.

Watch the whole monologue, below.