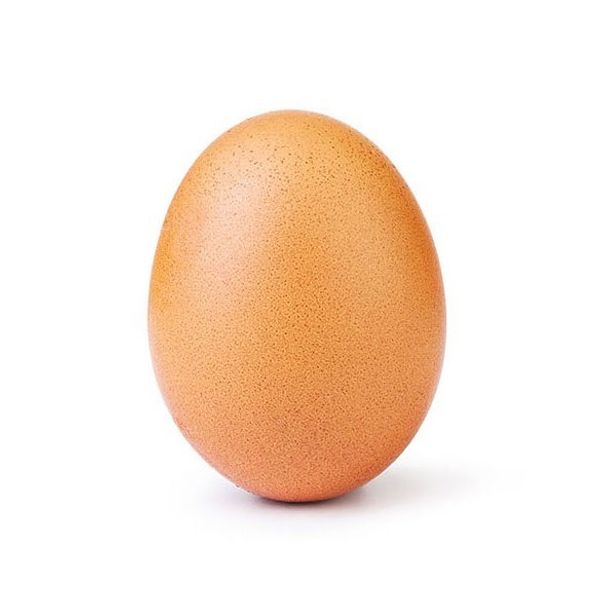 This Egg Is Coming for Kylie Jenner

Kylie Jenner currently holds the world record for most liked photo on Instagram, going past the likes of Queen Bey, Chrissy Teigen, Justin Bieber, and her own sister Kendall Jenner (who previously held the record in 2015). But now there's an account that's trying to change all that: the World Record Egg/ Egg Gang.

Why an egg? Well, as the profile description says, they want to see if they can beat King Kylie with just this pic. The gang posted the single photo on January 4th, and now it has over 13.6 million likes. The mystery egg wrote, "Let's set a world record together and get the most liked post on Instagram. Beating the current world record held by Kylie Jenner (18 million)! We got this 🙌 #LikeTheEgg #EggSoldiers #EggGang"

And even other celebrities seem to be backing this egg's bid, including DNCE frontman Joe Jonas.

While the egg's coming close to breaking the record, Kylie's first posted pic of her daughter Stormi Webster still has the lead. But it seems like fans of the Egg Gang are getting aggressive with their tactics, taking to the makeup mogul's comments and posting egg emojis, or simply writing the word "egg."

IDK about you, but my money's still on the egg.