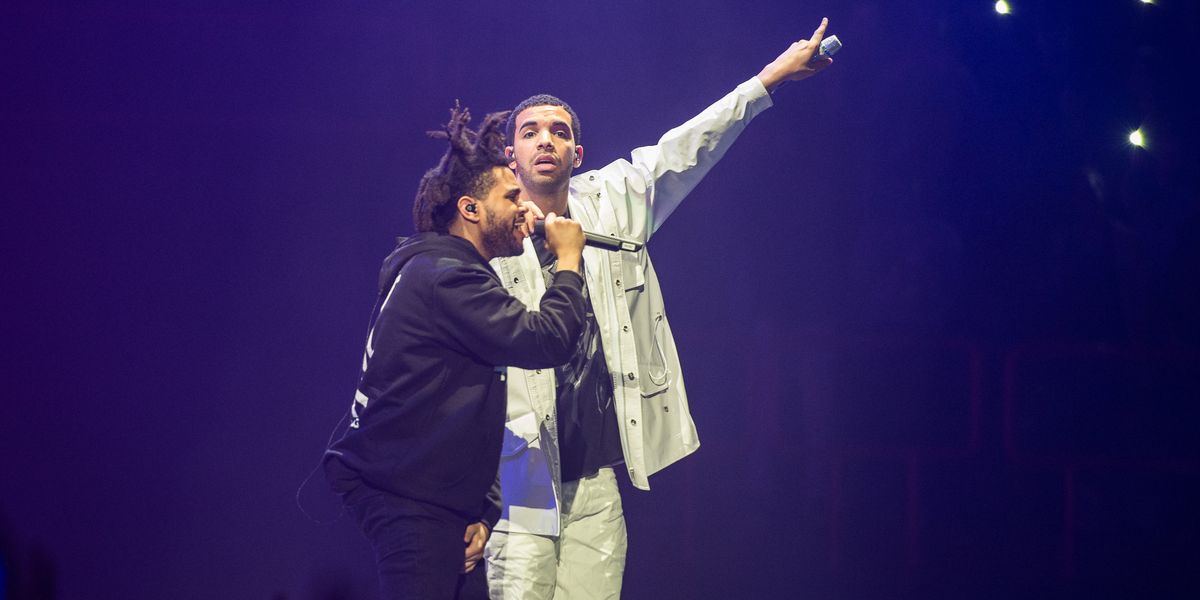 Drake Appears to Address His Rumored The Weeknd Feud With 'War'

If his new song "War" is any indication, it looks like Drake is letting bygones be bygones this holiday season.

Late last night, the rapper dropped the video for the winter-themed single and, subsequently, set off mass speculation that he was ready to squash his rumored feud with former friend and protégé, The Weeknd.

As USA Today notes, the two were rumored to be beefing earlier this year after The Weeknd released his song "Lost in the Fire," in which he appears to diss Drake's son, Adonis — a jab that reportedly led to Drake unfollowing him on Instagram.

Even messier? Reports of a squabble over Drake's alleged involvement with The Weeknd's ex, Bella Hadid, also apparently led to some tension.

That said, "War" seems to indicate that Drake wants to leave this all behind in 2019.

In the song, Drake begins by referencing their respective record labels — OVO and XO — rapping, "OVOXO link up, man don't drink up, me in the trillers," before bringing up an oft-cited stylistic comparison between The Weeknd and Michael Jackson.

"And the boy that sound like he sang on 'Thriller,' you know that's been my n***a, yeah," Drake continues. "We just had to fix things, family, 6 tings, we can't split up."

Sure sounds like a peace offering to us. And while The Weeknd has yet to comment, in the meantime, you can listen to "War," below.