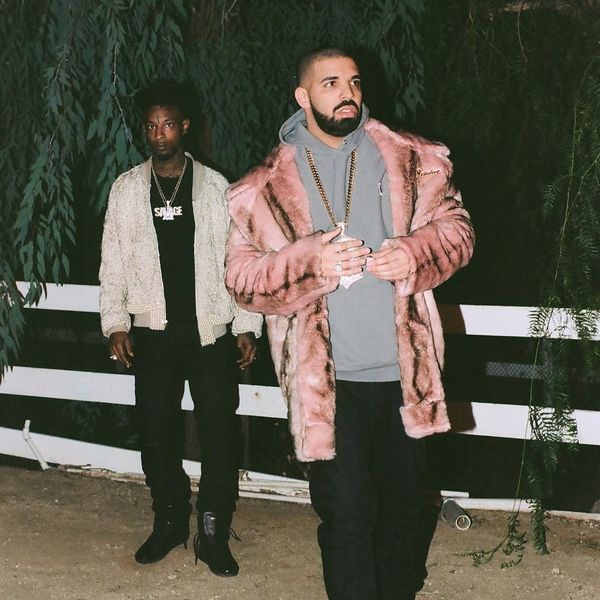 As you get older, friends are fewer and far between. Birthdays become less of a deal, and gifts from good pals tend to consist of a free drink. It's a sad reality, but reality nonetheless, and apparently not even the famous are exempt.

Rapper 21 Savage, now 25, experienced this first hand on his 24th birthday, for which only one friend gave him a present: Drake. 21 Savage has spoken highly of the Canadian artist in the past, and reiterated his appreciation for Drizzy in a new profile with GQ. The pair collaborated in 2016, the year in which Drake was misreported to have gifting Savage a luxury vehicle for his birthday.

Related | 21 Savage Wants to Teach the Youths About Credit Cards

21 set the record straight. While he bought his Ferrari on his own, "Drake brought me one for my birthday to ride around L.A," he clarified. "He the only one that got me something for my birthday that year," 21 shared with the publication. "Don't nobody else get me shit but Drake."

The ATLien also highlighted Drake's ongoing support of up-and-coming artists, claiming no other hip-hop heavyweight goes in to bat for young rappers. "He did a lot of shit he didn't have to do. He do a lot of shit for up-and-coming rappers, period. I don't think he get his respect for that. Every fuckin' year, he pull a new artist up. Ain't no other artist on his level do that shit."

It's a great time for Drake to be beefed up in the public eye by popular artists. His latest, long-awaited album, Scorpion, drops tomorrow. Check out the teaser, below.