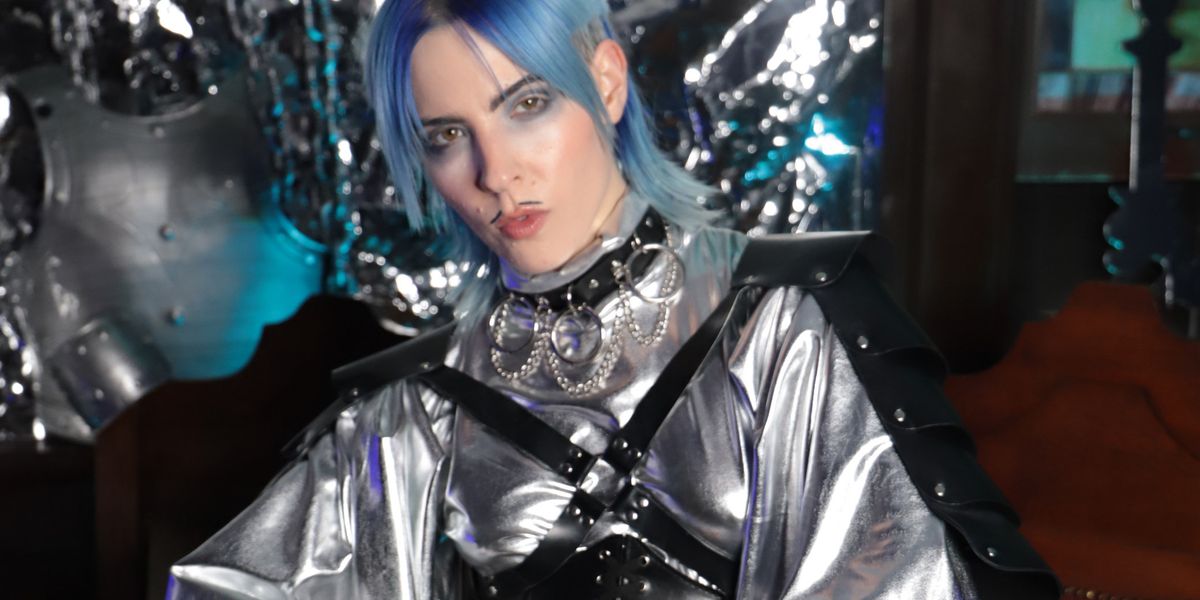 Since featuring on Charli XCX's Pop 2, pop artist Dorian Electra has been on the rise as a genderqueer music icon. The musician has been releasing songs independently since 2017, and on Thursday night, they launched their debut album, Flamboyant.

The album release was celebrated in at the Pico Union Project arts center in Los Angeles, and the room was packed. Dorian wore a stunning outfit by The House of Mann, with a space pirate-meets-samurai-meets-knight-meets-BDSM look, and owned the night with their electric performances. But aside from the artist, other acts were featured at the party. There were legendary DJ sets by Dylan Brady, Wyatt Shears, Cowgirl Clue, Hana, and Clarence Clarity.

Other artists spotted supporting Dorian were Rina Sawayama, Chester Lockhart, Weston Allen, and Tony Alone from alt rock band Kitten. See all the photos from the major event, below.