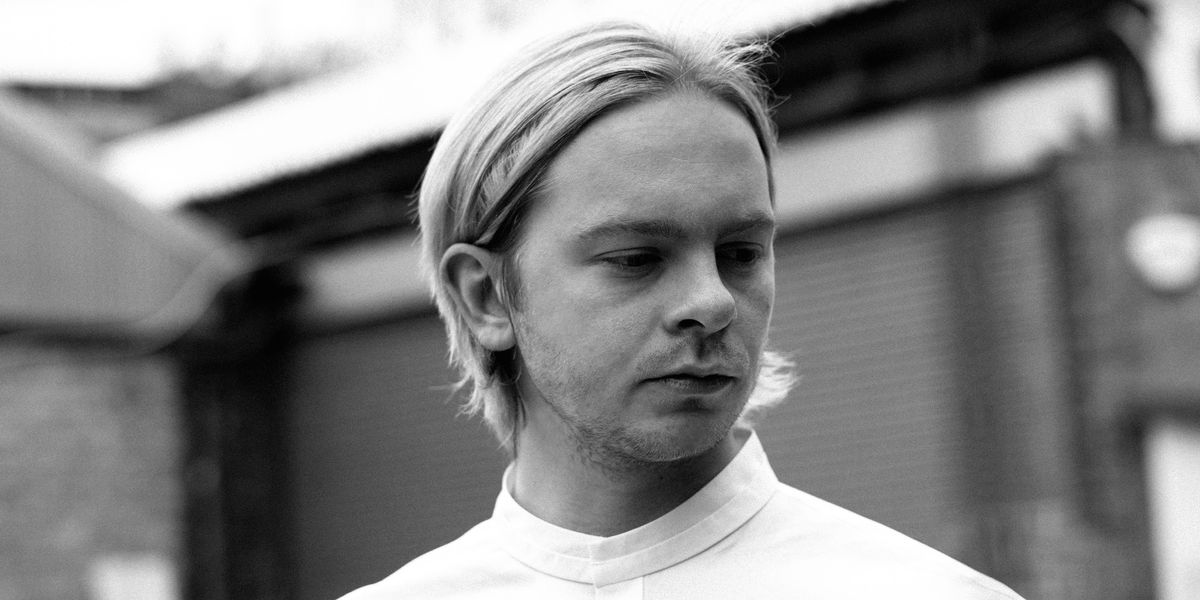 When the bulk of music discovery now happens through algorithmically generated playlists and endless content feeds, there is something to be said for wading waist deep into crates of records to physically pluck a gem from the dusty stacks — flipping through options, wrestling with settings on the beat up listening station, finding that rare record that has cool artwork and sounds good.

Within the small forest of house plants and freshly burnt incense at Bushwick's Secondhand Records, I link up with Armand Jakobsson, better known as DJ Seinfeld, to do a little record shopping before his gig later that night. A key figure in the recent rise of the lo-fi house scene, DJ Seinfeld has made a name for himself as being a canny selector, having been tapped for a DJ-Kicks compilation and BBC Radio 1 Essential Mix; he's celebrated for his exquisitely tailored live sets full of deep cuts, obscure rarities, and the occasional crowd pleaser.

Jakobsson operates with a laser-like focus as he peruses the store's selection, almost instantly plucking five or six records out and making a beeline for the listening station. Having made quick work of the record store, Jakobsson goes over his haul and discusses how he loves to play out "Axel F" and Haddaway's "What Is Love" to rooms full of music snobs. His love of cheesy records and '80s synth-pop is partially what inspired him to release his 2019 Lilium EP on his own label, Young Ethics. Behind the decks at Public Records later that night, Jakobsson frequently finds himself reveling in a synth line or a nu-disco melody.

At the moment, DJ Seinfeld is more concerned with carving out time for himself, taking deep dives into forgotten music scenes, and continuing to throw his crowds curveball after curveball. PAPER sat down with the internationally renowned selector to go through his record haul and chat about life on the road.

I feel like I've seen you on every lineup this year...

It definitely feels I'm everywhere, geographically speaking. Mentally, I'm also a bit all over. In May, I had a bit of a breakdown; I did a bunch of shows in England and Ireland and flew straight to Colorado for probably a 45 minute set and then flew back for something like eight or nine shows in eight or nine days. By the time I flew back, I was so dead, so tired. It's a physical and mental thing at that point. You're like, "This is not fun anymore." It's money, it's a cool job, and it's everything, but at some point...

It's still a job.

There's nothing glamorous about sitting outside of Costa Coffee at London Gatwick Airport for two hours and feeling physically immobile. Luckily, I have a really good team around me. It's no one else's fault apart from myself; I said "yes" to everything. I thought I was capable of doing more than I was or am. That's my own downfall sometimes.

Do you interact with your fan base a lot? Or is it something that you prefer to keep at arm's length?

Every now and then. I'm a bit more reserved now than I was before. It's great, but it's also exhausting. I don't like being on my phone too much. Fan interactions that are nothing but supportive and giving compliments... they're very nice, but it's very monotone. As nice as they are, it gets dreadful to write, "Thank you. Thank you. Thank you," a thousand times, but I do appreciate it. It could be the opposite: nobody writes, nobody cares.

Everyone knows you as a "lo-fi house" guy, but what's your background in music like?

I started playing the piano at an early age. My father used to be an opera singer. My mom was a piano teacher and played the flute. My older sister was playing the cello and she's now an opera singer, as well. I was growing up with classical music. I never really got into electronic music until I was around 16. I remember the first time I got really emotionally involved with electronic music, me and some friends went to this cabin in Sweden and we were getting drunk and partying. He puts on a track by Burial called "Etched Headplate." It was something that was extremely overwhelming and beautiful and emotional. We're surrounded by nothing, but forest and trees for miles. I remember I walked up to the radio/boombox and pressed replay 15 times in a row.

The Funk Lab - "Moving Through Time"

Whenever I go to a record shop, you just judge by the aesthetics. You kind of know what it's going to sound like. Nowadays, I can almost 95% certainty guess if I will like something just by looking at the cover. I'm very into electro breakbeat stuff right now, so I went straight for that section. Street Beat is a combination of both of them — a bit like Kraftwerk meets Helena Hauff.

Ratpack - "The Captain Of The Ship"

This one is a bit more house-y, but house break-y. It's got a weird vocal over it, but I kind of like that. At the right time and place, you just gotta build it up. It's not one of those tracks that you build your set around, but it's a curveball. I've heard a few tracks from this label, Logic, but I think this is going to be a hidden gem.

Then there's this from Bottom Line Records. I'm very into Danish house, right now. Like Regelbau and DJ Central. Regelbau's label, for me, is the best house currently being produced. It's probably what Strictly Rhythm sounded like when you got their first pressings. Regelbau is run by these two brothers in this city called Århus, DJ Central and DJ Sports. They're both incredibly talented people, they'll just throw out a jungle record and it turns out to be one of the best jungle records ever.

I'm a bit worried about this one. It's pretty old and it was definitely skipping a bit, but I like the Latin influences in it. It's very straightforward, rhythmical, tribal, house stuff. I'm interested in how it will sound on a bigger system. I think this label is from Valencia in Spain, which used to have a massive rave scene. Now it's completely different. I'm curious about those "lost eras" in certain cities. It's gone to shambles; I played there once and it was strange.

It felt like every bouncer was on steroids and cocaine at the same time. I was standing in the staircase with a friend and we were talking and at the same time the bouncer's running up and down. I've never seen that kind of hyperactivity around bouncers. There was extreme aggressive behavior. I walk out to have a cigarette and this bouncer comes and grabs this one guy who was standing right next to me and spit in his face.

I was like, "What the fuck is happening? We're out of here now." I know Valencia has a long history of dance music culture, but now it's sort of lives in the shadow of Barcelona.

The last one I got was this Allergy Season release. I feel like it's part of the vein of new house that is currently resurfacing. Very Vancouver, D.Tiffany-esque kind of stuff, Roza Terenzi.

There's a really interesting house scene cropping up in Bushwick. You have Discwoman and all of these nights at Mood Ring or Bossa Nova Civic Club that are playing house.

New York for me has always been extremely interesting, musically. There's always going to be so much stuff cooking up. I was actually having this conversation with a friend of mine. We were trying to think who is extremely big within house and techno that comes from New York. Statistically, you would think there are a lot of New York quote-unquote massive DJs. I could definitely be wrong, but I remember sitting and thinking, "Yes, we have Discwoman." They're big for sure and well-deserved, but then I was trying to think, who is out there that's like, "I'm a strict New Yorker and this is who I am."

New York is so fiercely competitive that once you're perceived as "mainstream" you lose any underground cred you might have.

Exactly. This is something which perplexes me so much. I think part of the problem is when we start fetishizing a certain aesthetic around it. It's when there's a big focus on one particular genre or subgenre. There's oftentimes a certain aesthetic that comes along with it and a certain type of personality. I think when people get involved with it too much, they become extremely monotone and homogenous in their way of actually appreciating music and thinking about themselves as part of the greater whole.