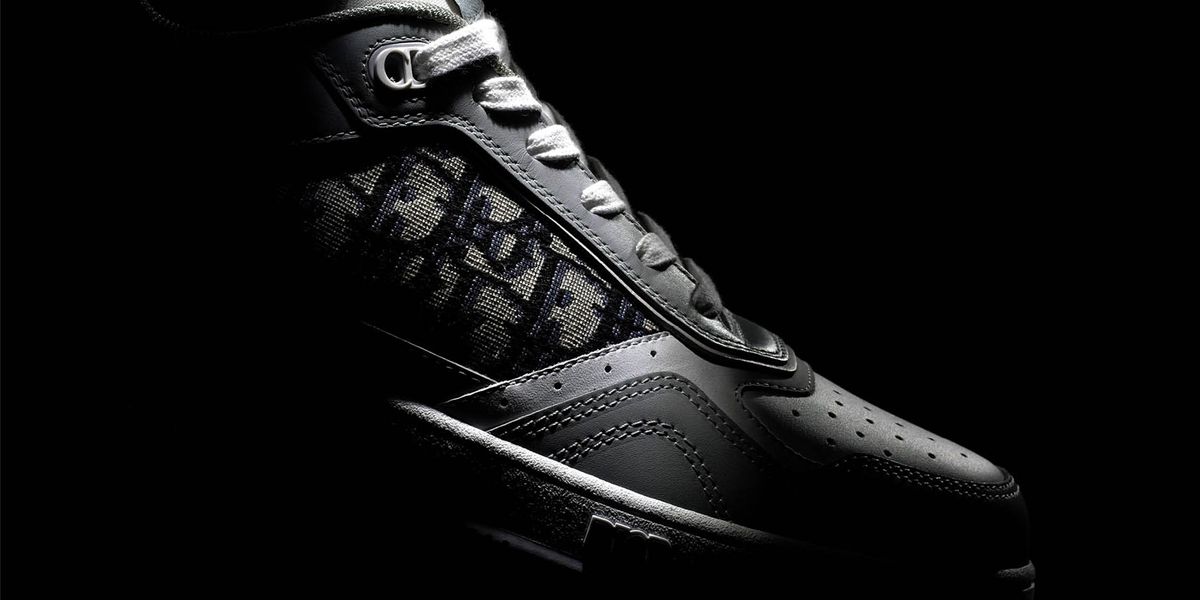 Under Kim Jones, Dior's footwear range has produced some of the buzziest sneakers around (remember that sold-out collab with Jordan?). One of the more popular styles is the B23, a shoe the men's artistic director first introduced for his debut runway collection in 2018 and a favorite of A$AP Rocky among others.

The latest addition to Dior's B-series lineup is the B27, a sporty style designed for the brand's Spring 2021 collection (or Resort), whose lookbook of matching short sets and laidback outerwear debuted last month. It features the brand's signature Oblique pattern in woven jacquard or perforated leather and comes in a low and high-top silhouette in white, black or gray.

Jones took inspiration from the vintage look of '80s tennis shoes and the world of skateboarding when designing the B27, which was made with intricate leather-working, edge-dyeing and topstitching techniques in Dior's Italian workshops. Its inlays are combined to create a 3D effect, while eyelets shaped after the "CD" logo and "DIOR" embossed on the heel act as further nods to house codes.

The Dior B27 sneakers will be available in Dior stores from October 30 as well as Dior.com, where you can virtually try on the six new silhouettes from home.