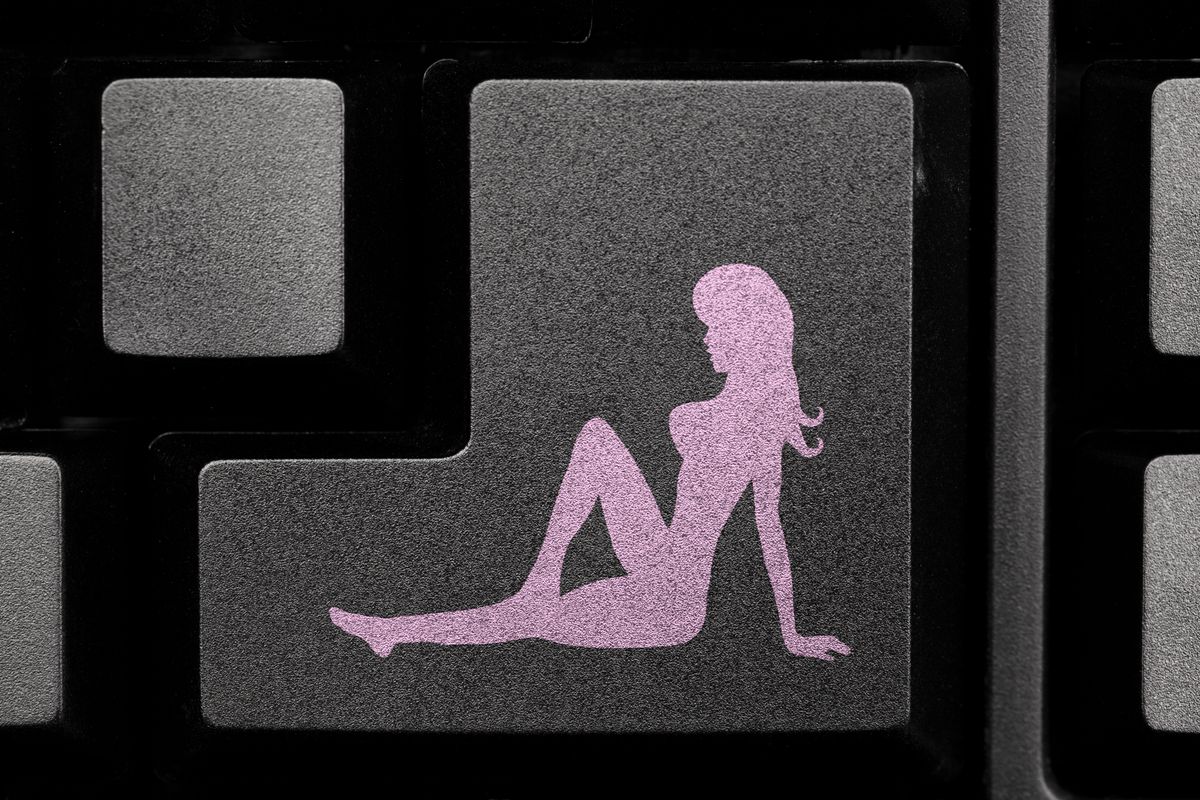 All sex workers have been deeply affected by quarantine, and that includes many strippers, club workers and exotic dancers who exclusively work in brick-and-mortar establishments. However, as venues shut down per social distancing protocols, many of these women have obviously found it difficult to make a living during these uncertain times — an issue that one club is trying to mitigate for its employees by going virtual.

Before everyone began self-isolating, Die Happy Tonight was a NYC-based gentleman's club that hosted lap dance events for vetted members out of their Rosewood Theater venue. In response to the current situation, the club has pivoted to a number of online experiences in an effort to recreate the club experience online.

"The need for entertainment and social engagement is and always will be very strong. It's a part of our DNA as humans," owner Kalin Moon said, adding how it's important to ensure that all of their models can work and pay their bills. As a result, in addition to their pre-exisiting VR lap dance service, DHT also recently launched a virtual Zoom "date" program, in which clients can organize individual or group video chats with a dancer of choice. These meetings start at $200 for the first 30 minutes and clients are encouraged to tip directly, much like a typical club experience.

After all, as Moon said, this stop-gap will at least help their employees get paid as the situation continues to evolve, especially since he forsees there being a new normal when it comes to in-person gatherings across the board.

"If you ask me, I think it will take at least a year to fully recover, which is why Die Happy Tonight is investing so heavily in replicating our gentleman's club experience online," he said, predicting that even when clubs reopen, there'll likely be "an increase in people choosing to use their phone or computer at home" out of lingering fear.

"Technology has been shifting how we consume for years," Moon added, "And now that we've had a global crises it's cementing these virtual ways of consuming into our culture."

That said, there are a few inherent differences between DHT and similar online endeavors like Demon Time, which is a popular strip show hosted via Instagram Live. As Moon went on to explain, their clients are "more private and wouldn't feel comfortable with being on a public platform like Instagram," and also tend to prefer a more intimate "girlfriend experience."

"Our mission is to put nightlife, particularly strip clubs and sex workers, back to work."

As DHT model Haley put it, this means that many of these sessions actually feel more like dates. "It's more personal," she said, adding that doing this has really helped "financially liberate" her. "You have the potential to get to know someone and see them at future [in-person] DHT events. You can line up regulars."

According to Haley, it's also different from a traditional camming experience in the sense that the entire DHT experience is much less anonymous as a whole. As she put it, most camming operates on a fantasy-based premise in the sense that clients aren't really able to actually meet models. However, with these DHT dates, she's able to really interface with her clients — something she also said makes the experience safer and "more fun" for her as it "holds people accountable."

"You have a few who treat it more like a camming sex experience, but most dudes just want someone to get to know them. A lot of them just really want to talk," she said, adding that the Zoom meetings also allow her performances to get a little more creative. Because these are "dates" that take place at home, she's able to also incorporate activities like trying on clothes from her closet or bringing her phone into the showers. "It's fun stuff, nothing too raunchy," she said. "You'd never really get to do that on a regular cam."

Granted, while she doesn't mind the "much more casual setting" of these Zoom dates, Haley said she still prefers the in-person club experience "because I like to fully immerse myself in the 'zone' for the night. [it's] much more energetic and party-oriented." At the same time though, she's grateful for this option as many other models and dancers struggle amid the pandemic. And though she acknowledged that there's been an "influx of competition" for camgirls since the beginning of quarantine, she also argued that the "flooding of the cam sites probably won't last" once sex workers are able to go back to clubs, dungeons and the like.

But for now, she said "everyone is struggling and we have to make do with whatever work we can get."

So then, what's next for DHT as a whole? According to Moon, seeing as how it's hard to predict how long this will last, they'll continue to come up with new ways of keeping the club and its employees afloat. And their next move is the imminent launch of a virtual two-way camera site called "Eve's Theater" — "a private website for dominatrixes, strippers, performers, and hostess to connect with and be supported by their fans."

Moon added, "Our mission is to put nightlife, particularly strip clubs and sex workers, back to work. There's nothing quite like it on the market and we are excited to recreate going out on the city. You'll be able to meet like-minded people, discover new acts and entertain your fantasies... All from the comforts of home."