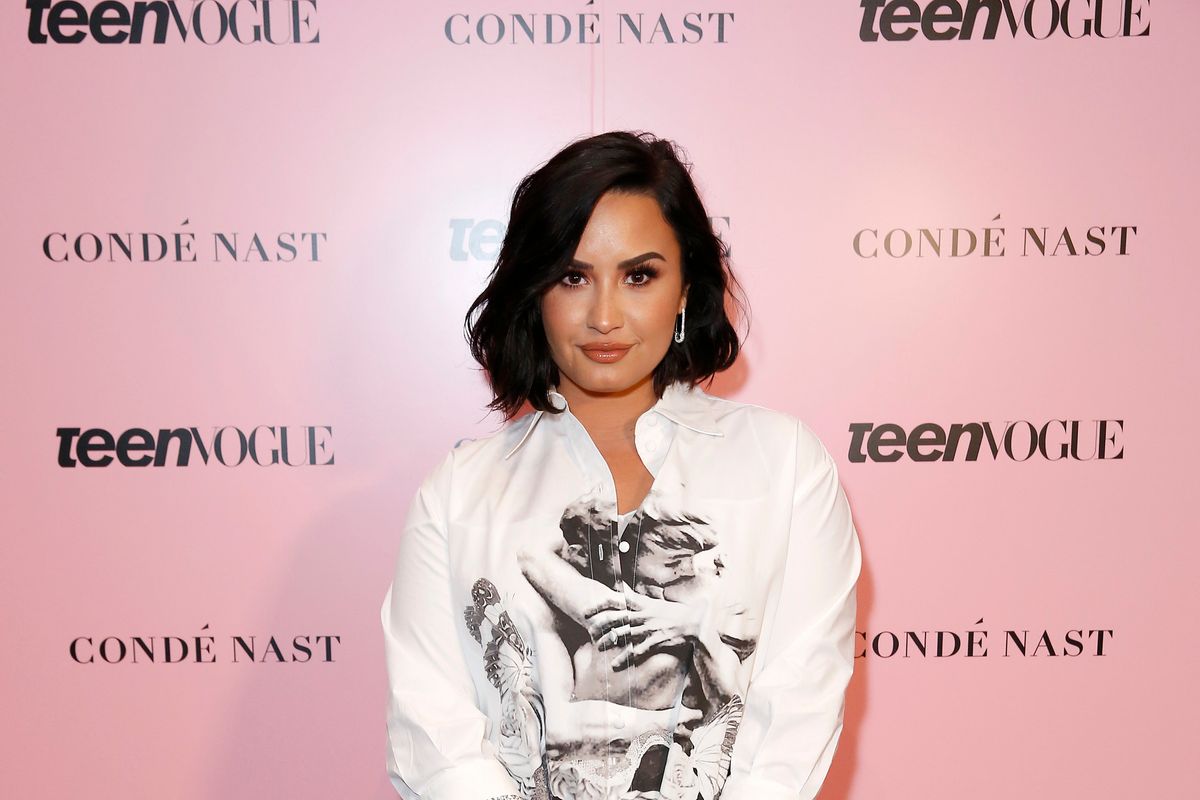 When Demi Lovato announced her main stage comeback at the 2020 Grammy Awards last week, Lovatics — in addition to the general public — had a collective freak out. "I told you the next time you'd hear from me I'd be singing," she captioned her Instagram post about the prime time performance set for January 26, 2020. Now news is breaking that she will debut a song written almost immediately prior to her July 2018 overdose.

The near-fatal incident and following hospitalization made headlines across the globe. Fans were hopeful for a speedy recovery, and after a long silence on social media, the star happily returned looking healthy and happy in Instagram posts uploaded over the past year and a half. From smiling with celebrity friends like Kim Petras and Christina Aguilera, to relaxing on beaches with a new boyfriend, Lovato has been taking a break from putting out new material and focusing on living her best life.

At the 2020 GRAMMYs, however, sources say that Lovato will be sharing the music she's been working on during her hiatus with the world. The comeback track, to be released post-awards, is supposedly a ballad that Lovato wrote just four days before her overdose in 2018. No more info is known about the track, but if it's anything like her other ballads — who can forget the iconic "Skyscraper" — then she might just have a new hit on her hands.

The GRAMMY Awards will air Sunday, January 26 on CBS. A full roster of performers can be found here.

Demi Lovato on Instagram: “I told you the next time you’d hear from me I’d be singing 😇😝#GRAMMYs @recordingacademy @cbstv”