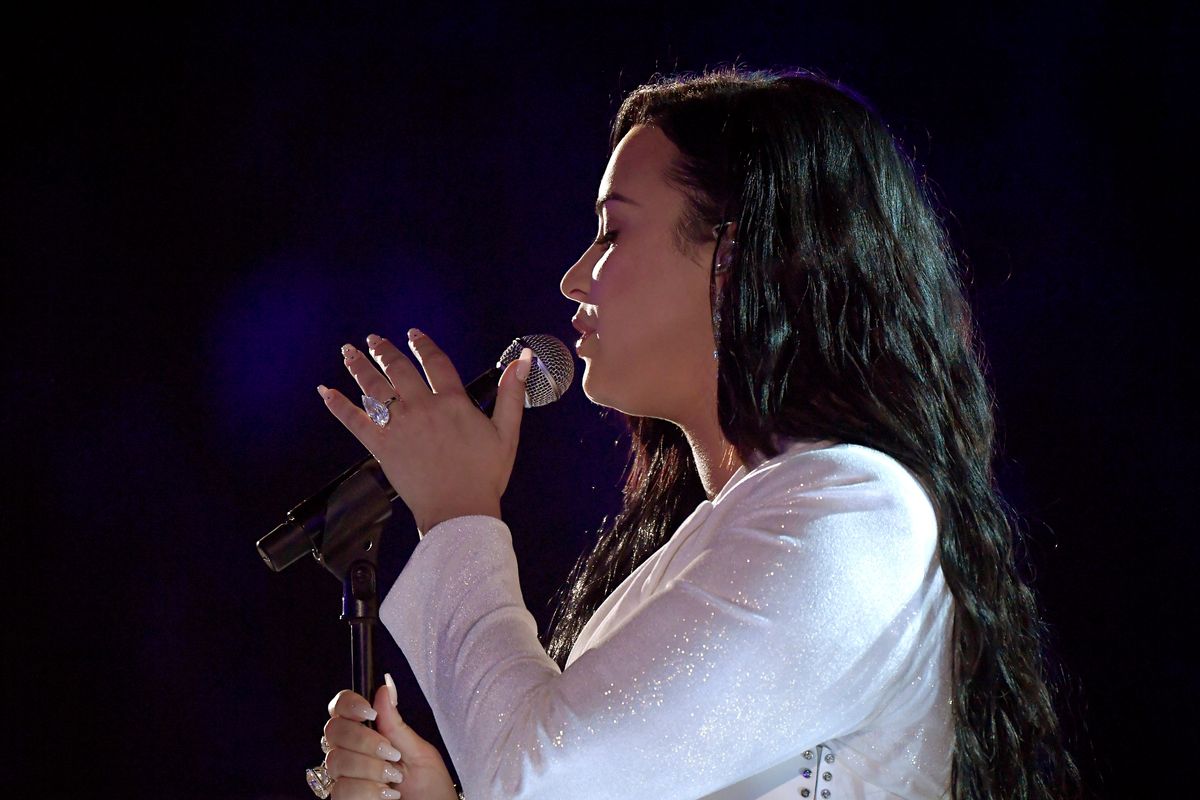 One of the most anticipated performances at the 62nd Annual Grammy Awards was Demi Lovato's comeback performance. The singer has been teasing her first new music release since her overdose in July 2018, and her performance inspired a standing ovation from the audience.

After singing the first few notes of the song, Demi got emotional and had to stop to shed a tear before she proceeded with the rest of the tune. The track, entitled "Anyone," as director Greta Gerwig's introduction suggests, was written before the artist OD-ed. The heartbreaking lyrics definitely got to everyone in the room, and to audiences at home.

"Anyone" sounds like the Tell Me You Love Me songstress's never-before-heard cry for help, but her powerful performance shows that she's ready to let people in and have everyone listen to her.

Demi Lovato receives a standing ovation after she reached into all our chests and ripped our hearts out. #GRAMMYs https://t.co/lo6LLqcZOn
— BuzzFeed (@BuzzFeed)1580095323.0

You can hear the entire song and mull over the emotional lyrics — released just minutes after Demi began her performance — below.