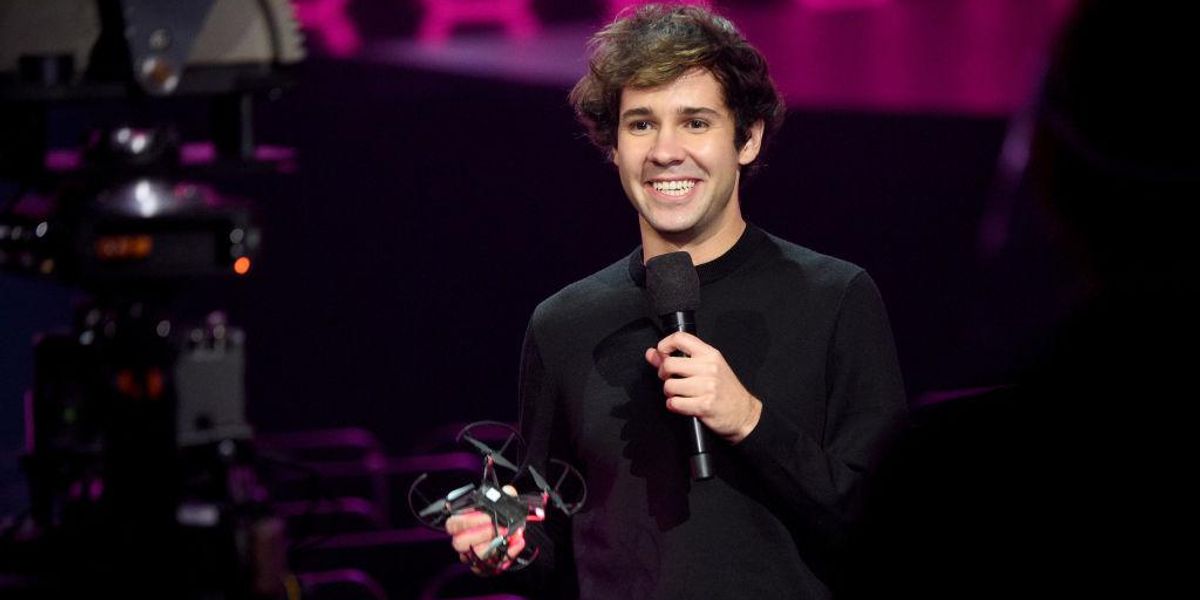 2021 has been a year of reckoning for former YouTube golden boy David Dobrik. The leader of the Vlog Squad has come under fire following an extremely concerning rape allegation from a former extra, and now numerous fans are calling out Dobrik for physically endangering his co-stars by pressuring them into taking part in dangerous stunts.

Under particular scrutiny is Dobrik's treatment of Vlog Squad member Jeff Witteck, who has been uploading a documentary series, Don't Try This At Home, about his experiences as a member of the controversial collective to his own channel.

In a new episode of the tell-all documentary, which isn't critical of Dobrik but does ring some alarm bells about his workplace safety standards, Wittek recalls how the collective's ringleader pushed his crew to make an extreme pandemic comeback video.

Last summer, the Vlog Squad filmed a series of high-risk stunts in Utah, one of which involved Wittek swinging from a rope attached to an excavator truck over a lake, falling and severely injuring his face. In a trailer for the series, a doctor confirms that he could easily have died, and also nearly lost use of his eye.

"I just jumped out of a plane 20 times," Wittek recalls of the incident. "What's the worst that could happen if I swing from a rope over a one-foot-deep lake? And yeah, I didn't know I was going to go that fast so I grabbed the fucking rope and I tried to make a goddamn funny video for people but this is where I made a mistake. I forgot the biggest fucking idiot I know was driving it."

The idiot in question? Dobrik, who can also be seen operating the excavator with one hand while filming in the other:

David Dobrik was swinging Jeff Wittek around while driving the excavator with ONE hand. He has his camera in the ot… https://t.co/HS2T0z6g6i
— jamieeee (@jamieeee)1619063512.0

You can see photos of Wittek in hospital recovering from the incident in an Instagram carousel he posted last July:

The episode also shows footage of Wittek's fellow YouTuber Corinna Kopf trying out the excavator stunt but understandably backing out before she gets hurt, telling Dobrik that he sometimes "takes things too far." Many fans are sounding off and echoing that sentiment, questioning whether being a part of the Vlog Squad is worth someone risking their life.

Dobrik has yet to comment, although he's made two apology videos addressing the sexual assault allegations.