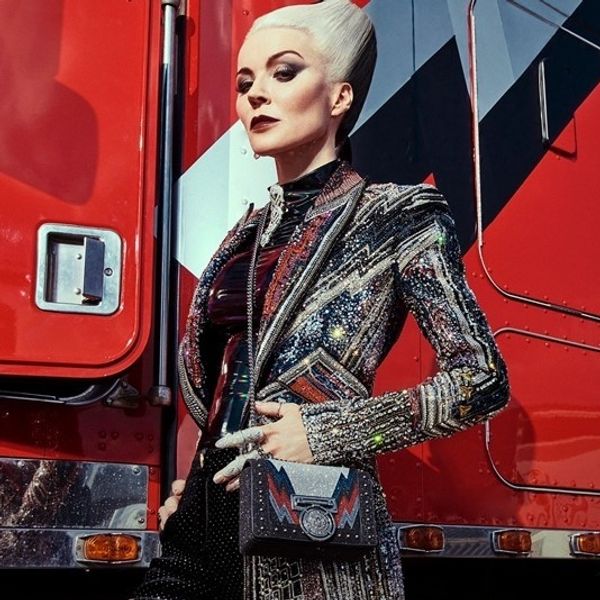 Balmain, the French house once unforgettably name-checked by a post-coital Nicki Minaj, is the definition of luxury currency. Case in point: Daphne Guinness, the shape-shifting fashion (and music!) icon whose relevance endureth forever, is the star of the brand's newest ad campaign for its BBox bag.

In a short film shot by Jake Nava (who made Beyoncé's explosive "Crazy In Love" video, for context), Guinness drives an 18-wheeler truck decked in head-to-toe signature Balmain sparkle. Balmain creative director Olivier Rousteing said the video was part of a video series called "The Balmain Beat," and would be used to endorse diverse talents worldwide, "each embodying the confidence, daring and spirit of the Balmain Army," he said.

Related | Daphne Guinness and The Blonds: Separated at Birth

Rousteing described Guinness as the perfect fit for his latest campaign. "She's someone who clearly loves art, design, adventures, and challenges," he explained in a press statement. "She leads an amazing life and always manages to look amazing while doing that."

In addition to Guinness, musician Mina Rose has already appeared in her own set of images and a short film. More established and rising stars will soon be announced for the campaign. But in the meantime, catch the film, below.