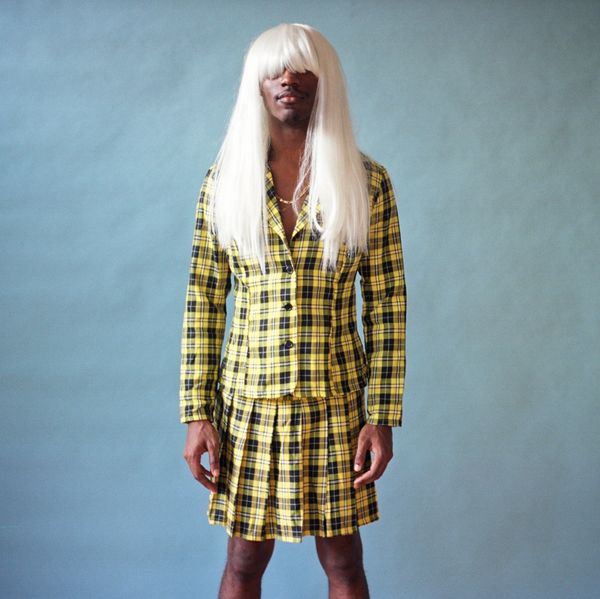 Musician, filmmaker and comedian Daddy Ramazani's latest single, "Rich White Bitch," is a humorous, yet meaningful song about white privilege, and it premieres today on PAPER. Written by Daddy and co-produced with his brother, Ben Ramazani, the track can be heard a sonic distillation of his experiences.

Related | VINCINT's Debut EP Will Have You Deep in Your Feelings

Daddy was born in Egypt to a Muslim-Senegalese dad and a Christian-Congolese mom; he was later raised in Ireland, where he attended Catholic school, before moving to Atlanta. Now that he calls New York home, Daddy is determined to prove that the world's biggest pop star should be someone who represents a modern, interconnected point of view.

"Rich White Bitch" takes on how Daddy has previously been called a "white boy" for his artistic interests. Ramanazi explains that the song's '80s bend, inspired by Rick Astley's "Never Gonna Give You Up" and Madonna's "Holiday," is one example of this. Ultimately, Daddy hopes to create music that challenges — and exceeds — society's expectations for people of color.

"I love pop music, but a lot of it is safe," Daddy says. "I wanted to express something real and daring. Minorities haven't always been allowed to freely love and express themselves without judgment. The higher we get in life, the less we're allowed to make mistakes or fail without consequences. That's a privilege that's often been entitled to white people — especially rich white people. Here, I reclaim that freedom."

How Fashion Is Celebrating Year of the Ox