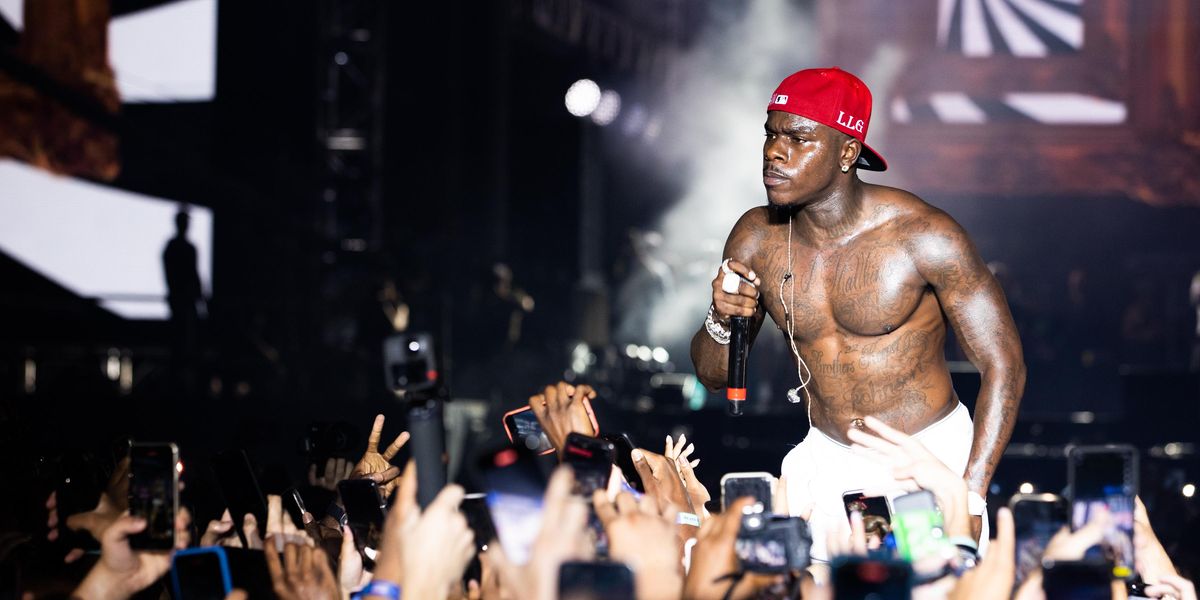 Disturbing video footage being shared on social media appears to show rapper DaBaby making homophobic, misogynistic and inaccurate comments about HIV during his set at Rolling Loud Miami on Sunday.

In the viral clip, DaBaby can be heard encouraging fans to put their cell phones up "if you didn't show up today with HIV, AIDS, any of them deadly sexually transmitted diseases that'll make you die in two, three weeks." He continues: "Ladies, if your pussy smell like water, put a cellphone light them up. Fellas, if you ain't sucking dick in the parking lot put your cellphone light up. Keep it real."

It's hard to know where to begin with this, but let's start by saying that HIV patients have a way longer life expectancy than two weeks. DaBaby's comments are rightfully being characterized as not only misinformed, but actively harmful, as they stigmatize people living with HIV and AIDS, while also attacking both gay men and sexually active women.

The questionable behavior doesn't end there. DaBaby is also facing blowback for featuring Tory Lanez as a guest during his set, initially bringing out the artist in disguise and asking fans to guess his identity. Lanez allegedly shot Megan Thee Stallion in the foot last year, and Meg had just played a set before DaBaby took the stage, so the move seemed kind of pointed.

He and DaBaby might be cool, but the Rolling Loud crowd wasn't necessarily thrilled to see Lanez. One person ended up throwing a shoe at DaBaby in protest.