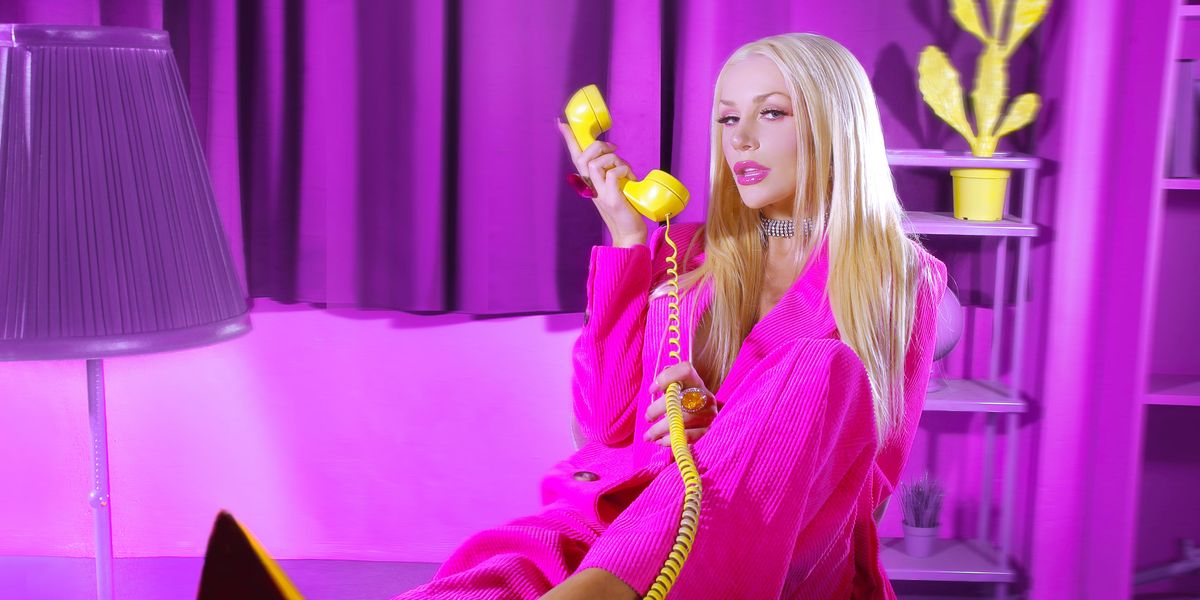 Pop culture fixation Courtney Stodden is reentering the music game with "Pleasure," the 26-year-old's sexed-up, over-the-top dance single about "that feeling you get when you first meet someone and want to fuck their brains out. You both leave your inhibitions at the door knowing it could end in trouble, but you do it anyways."

Trouble has always followed Stodden, who was thrust into tabloid obsession back in 2011 when they married ex-husband Doug Hutchison at 16 years old and he was 50 — a situation they look back on today and feel "taken advantage" by. From Couples Therapy to Celebrity Big Brother, Stodden has since leaned into their role as a reality TV star whose image is ultimately determined by an editing room.

"Pleasure" finally puts Stodden in control. "That's who I want the world world to see," they say of this release, which was produced by the same team behind their fan favorite, "Asphalt." Stodden continues, "This is me in all my colors. I'm ever-changing. The sound of this record and video captures me in my best spirits."

In the "Pleasure" music video, Stodden seduces a mountain man, ties him to a gas pump and leaves him behind on a motorcycle. "I knew I wanted a video where I was in the power position with the typical roles reversed," Stodden says, highlighting the juxtaposition between their song's "synths and punchy baseline" and the abandoned ranch location.

Every great pop spectacle calls for choreography and Stodden says they spent "about a month" in dance rehearsals to prepare for the "Pleasure" video. That "was one of my favorite parts of this experience," they say, celebrating all the "stories you can tell with our bodies and movements. Stories come alive through choreography."

Today's drop "is just the tip of the iceberg" of 2021 plans, according to Stodden, who recently announced that they're nonbinary. "I don't Identify as she or her. I've never felt like I ever fit in anywhere," they wrote online in April. "I was bullied horribly in school because I was different. The other girls never understood me. I never really connected with anyone my age. My spirit is fluid w a kaleidoscope of color."

Watch the PAPER premiere of "Pleasure" off Courtney Stodden's forthcoming EP and stream their single, below.