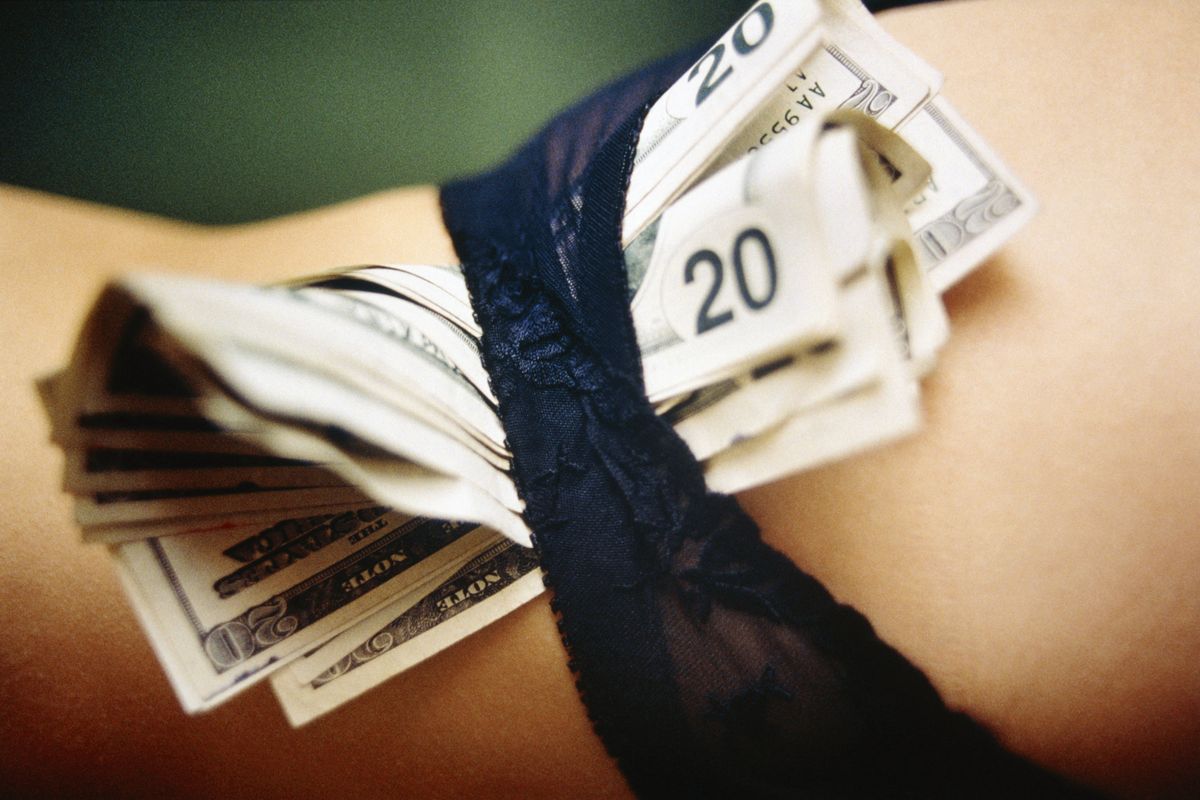 How Sex Workers Are Grappling With Coronavirus

As fears surrounding the spread of the novel coronavirus (COVID-19) continues to grow and people around the world go into self-quarantine, freelance and gig workers across the board have been hit hard. From party promoters to rideshare app drivers, the amount of lost wages and hours has been staggering. However, in the midst of all this, sex workers — for whom intimate contact is obviously an occupational requirement — have also been forced to deal with a particularly tenuous situation that further highlights a massive gap in privilege. Namely, do they go broke or keep working with the risk of exposure?

This quandary has been on the minds of many, including Molly Simmons and Fera Lorde, two organizers for the Brooklyn chapter of SWOP — a sex worker outreach and advocacy group — who've set up an emergency COVID relief fund for fellow sex workers. After all, while "everyone's trying to practice the harm reduction they can," as Simmons points out, the fact that most sex workers don't have savings of their own or access to social safety nets means that many don't have an option when it comes to working.

"Despite our government and city asking us to practice social distancing, for a lot of people, that's not an option, because they have no other recourse," Simmons says, alluding toward the underlying lack of pre-existing institutional support — whether it be in the form of universal healthcare or basic income — and society's inability to recognize sex work as an industry worthy of labor rights and protection.

"We're trying to help control people's panic, but also are understanding that when it comes to people who are rapidly going broke, panic is a very easy place to go," Simmons says, adding that this time of the year is already a slow season to begin with. "Part of the reason [we started this fund] is because we're trying to provide as many resources as we can for our community in the NYC area."

This becomes a big problem considering the fact that sex work encompasses some of the most marginalized identities and vulnerable populations when it comes to the spread of the coronavirus. As Lorde outlines, she works with a large amount of sex workers who are disabled or immunocompromised to begin with. After all, as she explains, sex work is one of the few jobs she's able to do "without fear of losing my job while too disabled to work under capitalism," and though they can screen clients and take extra sanitary precautions, there's only so much that can do.

"It's not just about this past week, which for most of us in NYC has been when things have really amped up and gotten more dire," they say, explaining that many migrant sex workers don't have the ability to self-quarantine, whether that be in terms of working from home or even having the space to stockpile supplies. And while Quan says their communities have been helping, it's not necessarily on a consistent basis — which is where Red Canary Song's outreach and partnership with SWOP comes in.

"It's kind of a generational thing, but any clients who are over 60 are really not wanting to risk transport," they say, noting that sessions have definitely gone down. "People are not necessarily worried about being in a room with me, but just don't want to get on the subway or if they're people coming from out of city, they just don't want to travel."

So then, what about diversifying into something like digital forms of sex work? Well, that's also become a bit of a tenuous issue. As Lorde explains, when places like strip clubs close down, many of these sex workers will likely turn to in-person or indoor-based sex work — something that will flood a market that's already been grappling with a rapidly dwindling consumer base.

As Portland-based sex worker Uma Theremin says, she and fellow cammers have noticed a dip in clients since February — something that was further illuminated by a drastic drop this past week.

"It seems like people are very preoccupied with other things, for good reason," she says. "But you'd also think that people would want to stay home and jerk off. It's hard to break people's attention from something that's so overwhelming and kind of confusing long enough to be like, 'Hey, local sex worker here, don't forget about me.'"

According to her, longtime fans and a tight-knit group of regulars are currently the only ones who have been "really keeping us afloat," though this lack of business has also been troubling for her as a trans sex worker, as "it's already so, so difficult to convince people that you're a real person or you're worthy of their time, money and energy."

Needless to say, right now, it's more important than ever to support your local sex workers. As for what you can do, there are a myriad of options. If you're watching content online, pay for it. If you are financially stable, give to a sex worker directly or contribute to the SWOP fund. And if you're an able-bodied person who doesn't have the means at this moment, Lorde suggests that you can support people by offering to pick stuff up or do favors for disabled sex workers in self-quarantine, so that they don't have to leave the house.

But whatever you do, don't forget the sex workers being affected on a variety of levels during this already trying time.