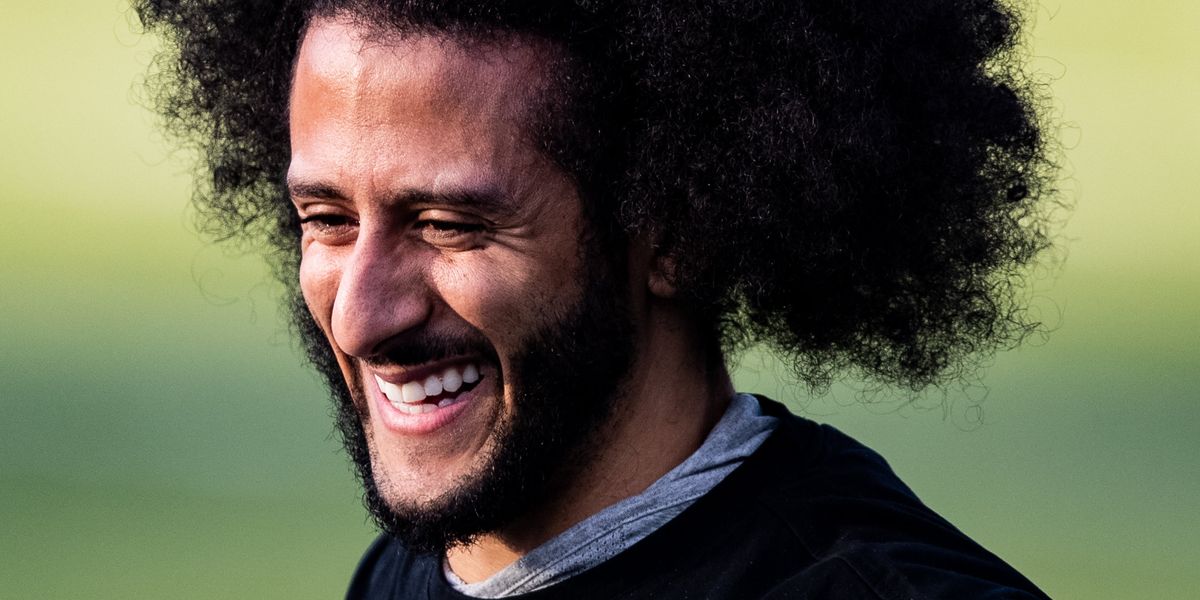 Netflix is preparing to make a new series about Colin Kaepernick and the show has just found its kid actor to play him: The Get Down's Jaden Michael.

Deadline reports that Michael will play Kaepernick in the forthcoming series, Colin in Black & White. The six-episode series is set to follow the football player and activist's childhood and growing up adopted in a white family. It'll explore how his experiences shaped his football talent and his work in activism.

Michael starred in The Get Down and also played in Wonderstruck and Vampires vs the Bronx. Michael took to Instagram to celebrate the news with a post comparing his appearance to how Kaepernick looked in high school. "I couldn't be more ecstatic to tell the story of the Legend, the Leader, the All-Star, Collin Kaepernick. Thank You! ✊🏽" he wrote.

Kaepernick himself took to Twitter to announce the casting. "I never thought I would be casting a young me in a show about my life," he wrote. He then informed the world that he can wait for it to see Michael be an all-star.

I never thought I would be casting a young me in a show about my life. I can’t wait for the world to see… https://t.co/XXjCpzmsxd
— Colin Kaepernick (@Colin Kaepernick)1603811012.0

Kaepernick is set to executive produce the project with Director Ava DuVernay. She will be directing the first episode and Kaepernick will be narrating. In the announcement of the casting on Twitter, DuVernay briefly detailed the show, calling it a "story about identity, imagination, and intention."

Collaborating with @Kaepernick7 on this series has been a proud journey. Thanks to @Netflix and our partner… https://t.co/BbInLliZES
— Ava DuVernay (@Ava DuVernay)1603811899.0