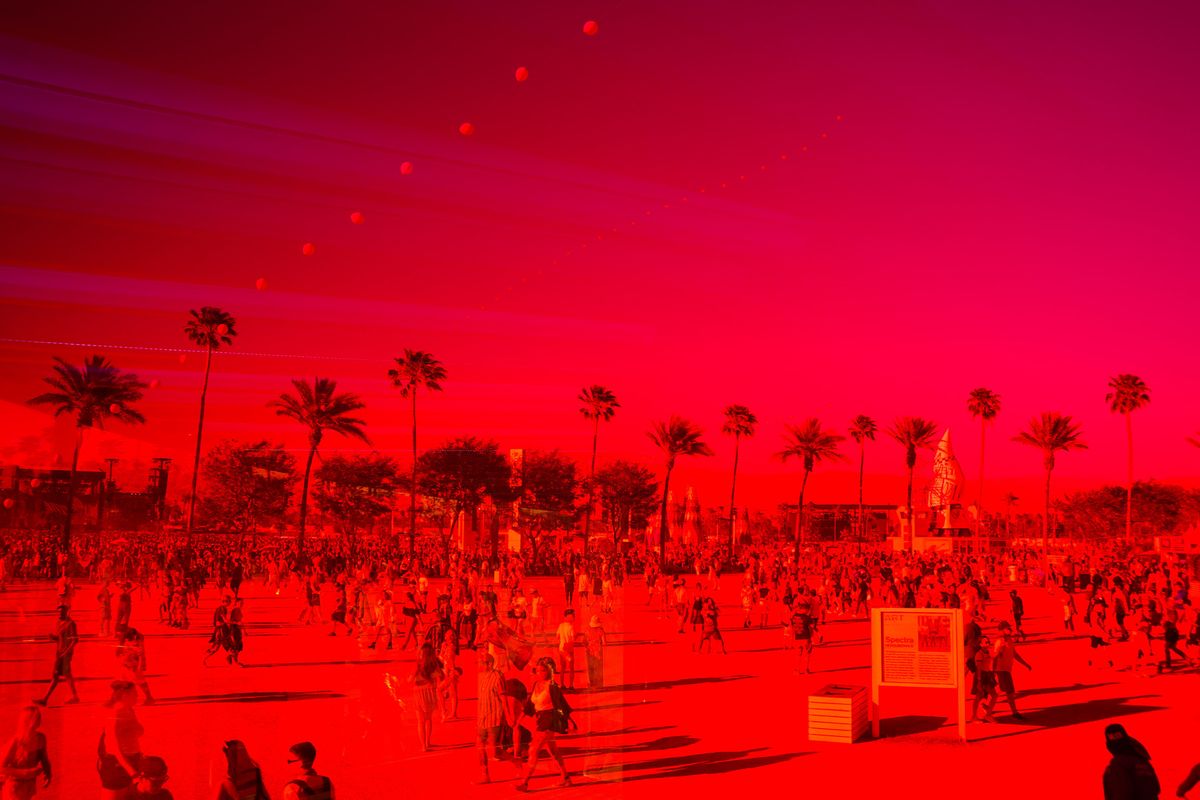 If you went to Coachella this year and happened to get a little frisky with a hot, dusty stranger, you may want to get yourself checked out, as herpes reports from surrounding areas have apparently skyrocketed in the wake of the festival.

According to Newsweek, HerpAlert — an online STD diagnosis center where users can get a clinical evaluation and prescriptions by simply uploading an image of the affected area — have seen a "tenfold increase" in patients post-Coachella.

On a normal day, HerpAlert apparently gives out around 12 diagnoses per day. However, within the two weekends of Coachella (April 12-21), they saw up to 250 herpes cases a day. That means that there are around 1105 infections in surrounding towns, such as Indio and Palm Desert, as well as areas close to the festival grounds like LA and San Diego.

"Coachella, like any summertime music festival, combines several factors that can increase the likelihood of both new herpes transmission and flare-ups of existing cases of both oral and genital herpes," HerpAlert medical director Dr. Lynn Marie Morski told the publication before citing things such as "decreased sleep, increased sun exposure, and people getting intimate with one another."