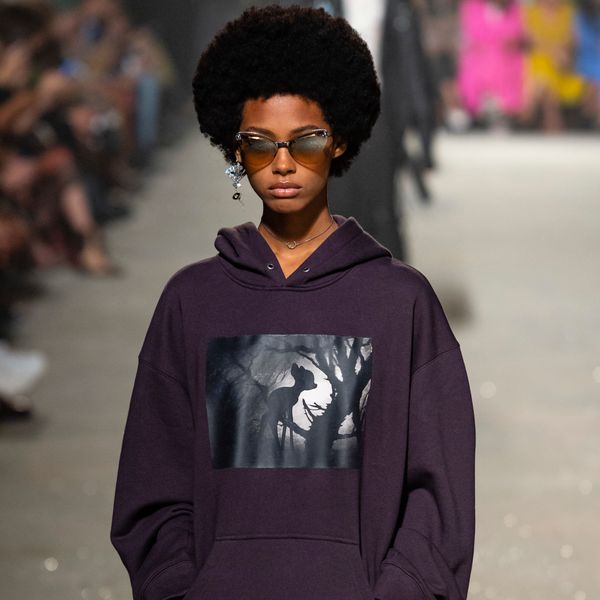 This morning, Coach announced that it would go fur free across all its products categories by the time its fall 2019 collection shows in March. The company's president and CEO Joshua Shulman noted in a statement that the company has been prioritizing sustainable practices since 2015 when it established corporate social responsibility goals.

"The decision to go fur-free is a truly meaningful milestone for the brand," he added. "What really excites me most is building a business that balances true fashion authority while also driving positive change — both within the company and in the greater community."

The announcement comes roughly a year after Gucci and Michael Kors declared they would go fur free. Versace, DVF, Maison Margiela, Burberry, and Tom Ford also followed suit this year, as did all of London Fashion Week for the spring 2019 season (the British Fashion Council announced no designers on the official schedule this past September were showing fur).

"We understood from our employee population and from our consumers that it was important to them that we take a stand on this issue," Shulman said in conversation with BoF. "We're doing it because we believe it's the right thing to do." While furs including mink, coyote, rabbit, and fox will not be used in Coach products, the brand will continue its use of mohair, angora, and shearling (essentially sheep and lambskin pelts).